EmergeSocial.net News Sydney Sweeney on her latest role – the face of Armani Beauty

Sydney Sweeney on her latest role – the face of Armani Beauty 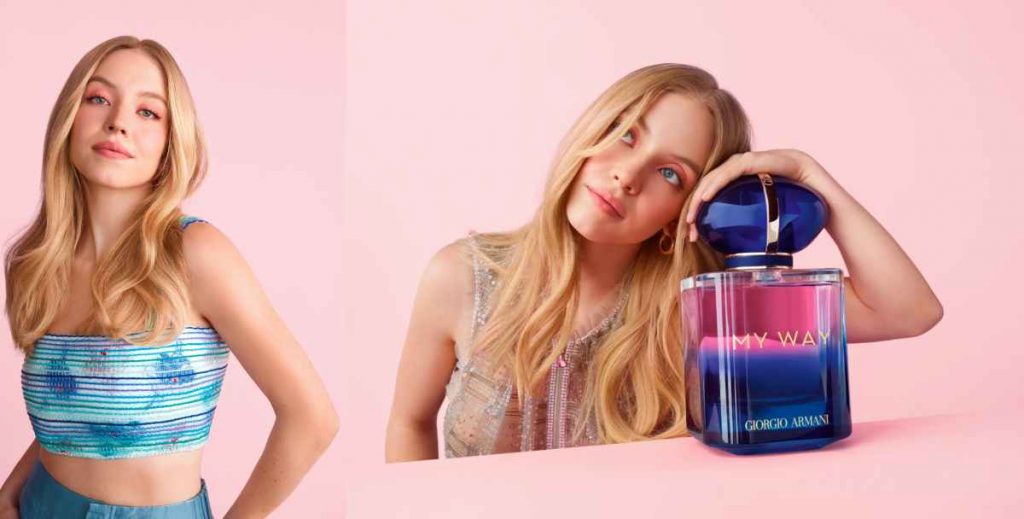 After two Emmy nominations for her roles in "Euphoria" and "The White Lotus", the 25-year-old star is now the latest face of the traditional Italian brand.

"You know, when you ask these questions, I always feel like everything I say is going to happen…. so I have to think very, very hard about what my answer is going to be," Sydney Sweeney tells me when I ask her in her Rome flat what she hopes for in 2023 – and beyond. She's in Italy for pre-production on Immaculate, a psychological horror film she's not only starring in but also producing. Last year was Sweeney's biggest yet, earning her two Emmy nominations for her roles in Euphoria and The White Lotus, and the new year already promises to deliver. In fact, she's ringing it in with a big announcement: she's the face of Armani Beauty's new fragrance My Way, launching later this month, which is a milestone for the 25-year-old star in more ways than one.

Sydney Sweeney: "My make-up journey was really tough until I met my make-up artist."

"It was actually a dream of my make-up artist [Melissa Hernandez] and I to work with Armani; from day one we always said it was our dream," says Sweeney, who has worked with Hernandez for six years. "My make-up journey was really hard until I met her – she changed my life. " The first product Hernandez introduced her to was Armani's iconic Luminous Silk Foundation, which she has been wearing since that fateful day. "Thanks to her, I no longer have makeup breakouts, and I've started experimenting with more Armani products," she explains. As a long-time fan of the brand, it's still unfathomable to her that Sweeney would work with Armani – and be one of the big faces at the airport she used to see on flights from her hometown of Spokane, Washington. The ultimate "pinch me, please" moment occurred when she was filming the campaign video at a secret location. (She later revealed it was Morocco after asking the Armani team if she could say so, laughing, "I feel like my whole life has slowly become an NDA; I never know what I'm allowed to say or not.") On the first day of shooting, Sweeney and Hernandez fell into each other's arms and both began to cry. It was a sign of how far they had come together.

The scents of My Way are also significant to Sweeney. "I remember growing up always wanting to find that one scent that was 'me' so that when someone smelled it, they thought of Sydney," she says. When I tried My Way, I thought, 'Holy cow!'" Like Billie Eilish, she's into vanilla: "Vanilla is honestly my favourite scent, and I have vanilla candles burning all over my house. I like to cook with vanilla because I'm always baking biscuits," she says. Add to that top notes of orange blossom with jasmine and tuberose at the heart, "I love flowers, I have flowers all over my house," says Sydney Sweeney. "I try to have them delivered every week, and [then] I pick them up and press them dry." My Way also smells of cedar, which reminds Sydney of her childhood and her love of nature: "I grew up by a lake and in the woods with campfires," she says. "It really brings back so many different memories and reflects exactly who I am."

Anything that feels like herself is special to Sydney Sweeney

Considering how much time Sweeney spends embodying different characters, it's easy to see why anything that feels like "Sydney" is special to her. To ground herself further in real life, Sweeney walks her Rescure dog Tank, lights candles ("That's a big thing for me," she insists) and focuses on the moment. "I think I'm still processing everything that's happened," she explains. "I've been working towards this dream since I was 11 years old, and it's been a really long and hard journey. I'm really grateful to be in this position today."

When I ask her what she would wish for if she could enter the My Way universe, she takes the question seriously: "I think if I could choose anything that could happen to me…damn!" she says with a laugh, adding that it is difficult to decide whether to answer professionally, personally or in terms of the whole world. "I really hope that one day we have world peace and everyone just loves each other for once, that would really be the greatest thing that could ever happen. I don't know if that will happen in my lifetime, but I hope so…" she says. On a professional level, both in front of and behind the camera, she is looking forward to working with more as yet unknown talent.

"There have been years when I've auditioned for 100 projects," she says.

"I've been auditioning since I was 11 years old, and there were years when I auditioned for 100 projects and never got a callback or even knew if the audition I taped was even seen," she says. "I think there are so many people out there who deserve to be heard and seen. I think about it all the time, I hope I cross paths with them and I hope I can bring those voices to life."