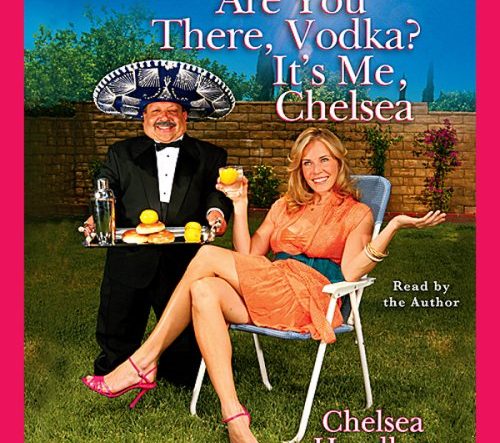 Are You There, Vodka? It’s Me, Chelsea
book by Chelsea Handler
Average price: $10
Get the book

From an early age Chelsea knew exactly what she wanted and even in the trickiest of situations, she’s never one to pass up an opportunity. Like the time she convinced her third-grade class she was shooting movies with Goldie Hawn on location in the Galapagos just to get them to like her, or when she spent the night in a women’s prison, contemplating an affair with the inmate who killed her own sister. Chelsea it seems, has done it all, and a whole lot more … Any mishaps along the way just spur Chelsea on further. Whether she is being dry-humped by a sumo masseur, dumped by her Big Red experiment or kicked out of a London restaurant with her pants down, Chelsea is always armed with an unshakeable disregard for rules and is incapable of leading a quiet life. Are You There Vodka? It’s Me, Chelsea is an entertaining memoir-in-stories that will have you rolling around with laughter.