Olivia Wilde wins the first round against ex Jason Sudeikis: her custody of the children 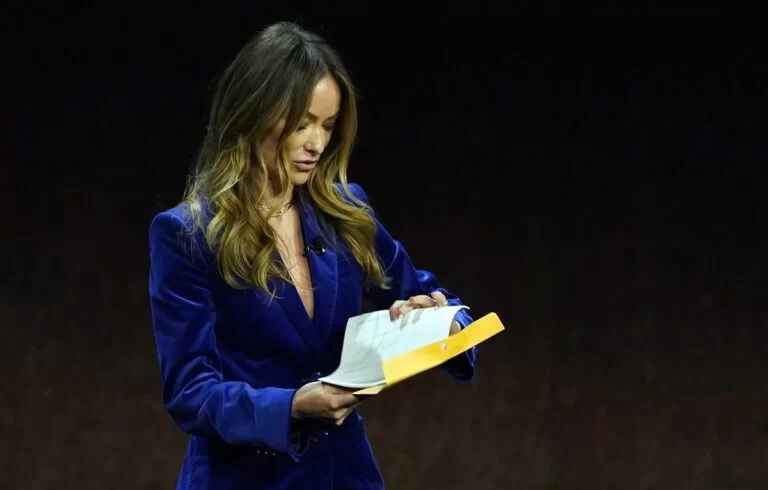 The actress got the children to stay in Los Angeles instead of being transferred to Brooklyn by their father.

Olivia Wilde won the first round of the legal battle against ex Jason Sudeikis, with whom she broke up in 2020, for custody of two children Otis, 8, and Daisy, 5. The 46-year-old actor (two Emmys for the role in the Apple series Ted Lasso) had in fact filed the lawsuit for the custody of the children in October 2021 at the New York Family Court. But the judge, according to what PageSix said, accepting the arguments of the mother's lawyers, rejected the request. The reason? He claims that the state of residence of the two children "is not New York but rather California", and therefore the New York court "has no jurisdiction to discuss the case".

Read also: The shock of Olivia Wilde, who received the legal documents on stage for the custody of the children

The 38-year-old actress and director, who achieved success with her roles in Dr. House and The O.C., demanded that the right of children to live in Los Angeles (and, potentially, in London, where the current boyfriend of Olivia, Harry Styles), while Sudeikis wanted the children with him in Brooklyn.

After the former comrade's request to the Big Apple Court, Olivia Wilde thus filed an appeal on May 17 to "determine the parental relations to the California Supreme Court", requesting the following day that the lawsuit filed in New York be closed. Now that the New York court has confirmed her, the case will likely be dealt with again by the Los Angeles Court.

Those documents delivered to the stage

Olivia Wilde's furious reaction came after Sudeikis' lawsuit papers were served on her in April while she was on the stage at CinemaCon in Las Vegas to promote her new film, Don't Worry. Darling. The actress had argued that the former partner's move to notify her of the documents in public was designed to embarrass her in an aggressive and threatening way.

Sudeikis, he stressed, “used outrageous legal tactics: Jason's actions were clearly aimed at threatening and catching me off guard. She could have made me notify the documents discreetly, and she instead chose to do it in the most aggressive way possible. The fact that Jason embarrasses me professionally and exposes our personal conflict in this way is definitely against the best interests of our children. ' So, furious, the actress and director decided to do battle starting with the lack of jurisdiction on the part of the New York Court.

On the case, however, the last word has not yet been said. After the New York court decision, Sudeikis has already made it clear that, regardless of what Olivia Wilde may claim, the Brooklyn home has always been considered the family’s permanent residence. And that her ex-partner is trying to cheat her papers by claiming that her children have always lived in Los Angeles.