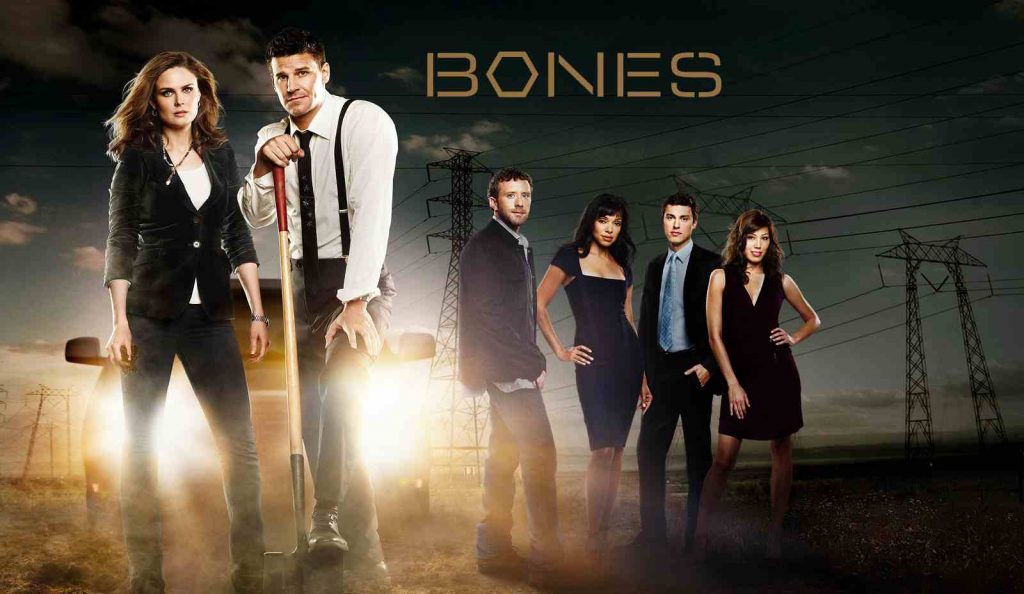 "Bones" (2005) is an unusual detective series about investigating unsolved cases by examining and identifying the bones of long-missing people. Below you will find the list of 12 TV shows similar to Bones. Enjoy your viewing!) Dr Megan Hunt was a leading neurosurgeon until a car accident cut her career short. And now, since she can no longer help the living, she's become a medical examiner. Although she does her job superbly, her reputation as a 'difficult person' follows her around. Her boss tries to defend her but she too often gets in her own way. And while he grudgingly does acknowledge her medical abilities, her colleague, experienced police detective Bud Morris, is not at all enamoured of Megan's methods.

Fortunately, Dr Hunt does have a few admirers. Junior forensic investigators rely on her expertise and her partner, medical investigator Peter Dunlap, is okay with her strange behaviour. Maybe it's because he's the only one who knows – Hunt's character complexity is partly caused by guilt. Before leaving neurosurgery, Megan accidentally killed her patient. Add to that a difficult divorce that left her teenage daughter in her father's custody, and you have a recipe for loneliness. When it comes to understanding the dead, Dr Hunt is second to none. But in her relationship with the living, she has work to do. Dr. Lightman thinks everyone is lying. And to prove it, all he has to do is talk to a person for a few minutes. Any movement, any gesture, any careless word can expose the liar in you. You just have to be able to see it. The average person lies three times in ten minutes of conversation. The task of Dr. Lightman and his colleagues is to detect these lies, and using their talents, they save the innocent from jail and put the guilty behind bars. The Lightman Agency is approached for help by the feds, the government, Congress and even the Prime Minister of Uzbekistan. But can a man be happy when he sees everyone around him lying all the time? Meet Richard Castle, a successful writer of the detective genre who has killed off his main character in his latest book. But it seems that one of the admirers of his talent has enjoyed the books a little too much – there's a copycat in town committing crimes, copying with murderous precision the ways in which Castle has killed in his works. And so our bored writer is summoned to the NYPD homicide squad to help find the killer. The protagonist of the series is Jane Rizzoli, a Boston detective who works with pathologist Maura Isles to solve crimes. Patrick Jane is a detective and independent consultant with the California Bureau of Investigation (CBI), using his razor-sharp surveillance skills to solve serious crimes. Within the Bureau itself, Jane is known for frequent breaches of protocol as well as his stellar past: he has worked as a psychic, but now admits to faking paranormal powers himself… Neal Caffrey, an incredibly charming criminal mind, is finally caught by his perennial enemy, FBI agent Peter Burke. When Neal escapes from prison to find his missing love, Peter catches him once again. But Caffrey suggests he take his time sending him to prison and consider cooperating. After all, Neil could help catch the most "elite" criminals, the "white collar" criminals of the underworld. Peter, realising that Neil's intuition and criminal experience, which a law-abiding agent doesn't have, could be a good help in the fight against crime, agrees. Every day we use numbers to predict the weather, tell the time, count money… With mathematics we can analyse crime, identify patterns, predict behaviour… Using numbers we can solve the greatest mysteries. This series is about an FBI agent who's brother, a mathematician, helps solve a series of crimes in Los Angeles. Dead but not forgotten. What if the killer took not only your life but also your name? There are unidentified murder victims in every city. When standard police procedures aren't enough to identify the body, the Identity Network steps in… Detective Steve McGarrett, a former decorated naval officer and now a cop, returns to Oahu to investigate the murder of his father. He stays on the island after being persuaded by the governor of Hawaii to lead a new team. The team will operate under his rules, with the support of the governor, no red tape, and full immunity, all to catch the biggest 'game' in town.

McGarrett is joined by Detective Danny "Danno" Williams, a recently transferred cop from New Jersey who would prefer skyscrapers to beaches but is willing to fight crime to make his 8-year-old daughter feel safe in the islands; and Chin Ho Kelly, a former Honolulu police detective wrongly accused of corruption who was once McGarrett's father's protege. Chin's cousin, Kono, a beautiful and fearless native of the islands, has recently graduated from the academy and is raring to prove that she is worthy of a place in the department's elite. McGarrett vows to finish his father's job, and the members of the new Five-O task force may be gnawing at each other, but are determined to destroy crime in the fiftieth state. Dr. Daniel Pierce is a talented but eccentric neurophysiologist who has been brought in by the FBI to help investigate the most difficult cases. Dr Pearce works closely with Kate Moretti, a former student who recruited him to work with the Bureau. Also on the team are Max Lewicki – Dr Pierce's assistant – and Natalie Vincent – his best friend. Alison Dubois has three children and a loving husband. She is a model mother and homemaker. And she has an extraordinary ability: she can speak to the dead.

This gift helps Alison work on solving crimes, searching for missing persons. Alison struggles to reconcile her unsparing work with her gift and her family life. And if it weren't for her loving husband, the stress would have driven her mad long ago. One of the best TV shows similar to Bones

P.S. And what other series you know that are similar to "Bones" (2005)? Already watched something from our list?