EmergeSocial.net News Andrew Tate: This is what the “King of Toxic Masculinity” has said and done

Andrew Tate: This is what the “King of Toxic Masculinity” has said and done 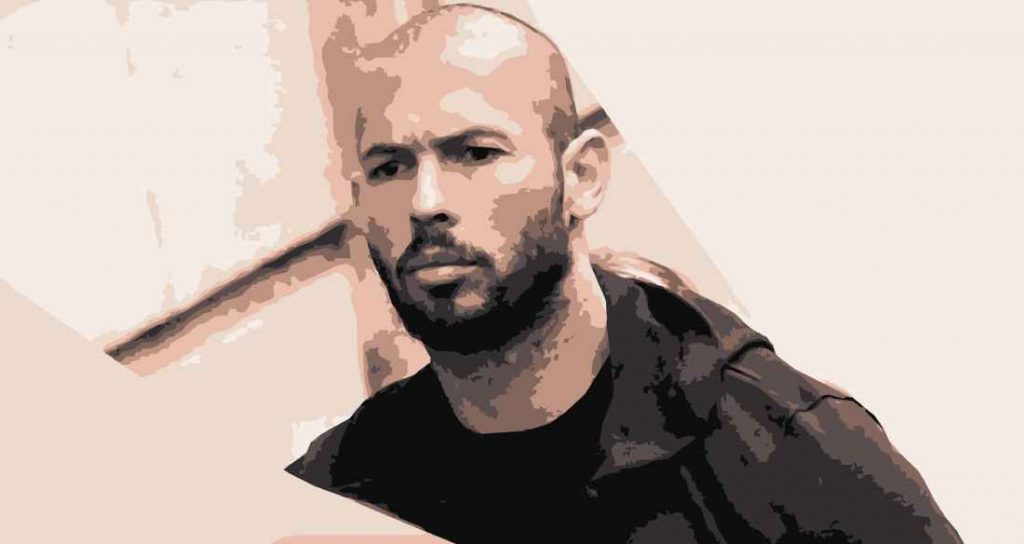 Andrew Tate: An overview of everything the self-proclaimed "King of Toxic Masculinity" has said and done.

Andrew Tate was one of the most polarising personalities of 2022 and remains so in 2023 – following his arrest and imprisonment in Romania, where he has been charged with organised crime, human trafficking and rape.

The controversial social media personality seems to remain active on Twitter despite his imprisonment and countless misogynistic statements and views. On the social media platform, where he was already banned in 2017 and unblocked when Elon Musk took over the messaging service in 2022, he blasts his disturbing views into the world completely uncensored: from claiming that women are the property of men to blaming rape victims and describing violence against women.

Yet Andrew Tate remains popular with his millions of fans. They praise the ex-kickboxer for promoting "male empowerment". According to the British newspaper "The Guardian", teachers:inside report increasing misogyny in schools and boys quoting Tate's disturbing views, often wrapped in short slogans, to each other.

At the time of publishing this article, Andrew Tate is being held in a Romanian prison after an appeal for his release was not granted. GLAMOUR summarises everything that has happened so far – from his first years in the limelight to the current allegations against him.

Andrew Tate was born in Washington, D. C., to Emory and Eileen Tate. Emory was a member of the Air Force and a celebrated chess player – he has been called a "trailblazer for African American chess". Andrew Tate has said in several interviews that his father was not often present in his childhood.

In one clip he says: "My mother was quite submissive to my father, my father was certainly a disciplinarian, he was the man of the house… My father's basic rule was: your mother is responsible for keeping you alive. Eat, go to bed on time, eat well, go to school. But I'm responsible for teaching you how to be a man and conquer the world… They had very clearly defined roles."

Andrew Tate's parents separated after Emory left the Air Force. His mother Eileen moved back to her native England with her children when Andrew was eleven. Andrew Tate has another brother, Tristan, and a sister, Janine.

After starting self-defence classes and martial arts, Andrew Tate began training kickboxing under his trainer Amir Subasic at a gym in the English town of Luton. One of his first professional fights took place in April 2007. By 2009, he had won the British ISKA (International Sport Karate Association) full-contact cruiserweight championship under the name "King Cobra".

Andrew wins his first ISKA world title, defeating Jean-Luc Benoit, and begins to make a name for himself. He creates a Twitter account under the handle @cobratate.

At this time, he and his brother Tristan set up a webcam company in his flat in London. Andrew describes it as "webcam pimping" in this interview clip, in which he says the business earns him $600,000 a month, with 75 women working for him in front of webcams in four locations.

In a 2022 Sunday Mirror exclusive, Tristan Tate admitted that the business was a "scam": the women in front of the webcams were clearly lying to customers to get money from them.

Andrew Tate took part in the 17th season of the reality TV show "Big Brother" in the UK. However, he was kicked out of the house on Day 7 after British newspaper The Sun published a video showing him whipping an ex-girlfriend with a belt before punching her in the face.

Channel 5 said in a statement that Channel 5 and producers concluded "that Andrew's position as a housemate had become untenable after 'The Sun' brought a video to our attention".

Tate later claimed that the video showed a consensual act. Speaking to The Sun, he said, "This video is a kinky sex video of us role-playing. A longer version of the video shows us laughing and me hitting myself and saying, 'It doesn't hurt'."

Meanwhile, the woman involved also explained that the act was consensual.

Andrew Tate and his brother Tristan moved to Romania in 2017, where they still live in a large estate. The house in Bucharest is a converted warehouse with armed guards – among other things, this circumstance with the gun security staff is one of the reasons why Tate left the UK, he explained to the daily newspaper "The Times". Fortunately, this is not allowed in the UK.

In another online video, which has since been deleted, Andrew Tate is also said to have suggested that the move to Romania was related to the relaxed laws against sexual assault: "I'm not a rapist, but I like the idea of just being able to do what I want. I like being free," he is reported to have said.

At the same time, Andrew Tate became increasingly controversial on social media. As the Harvey Weinstein scandal emerged and was covered in the media, Tate blamed and insulted victims of Harvey Weinstein and sexual abuse in Twitter comments. "When you put yourself in a position to be raped, you have to bear some responsibility," wrote the self-proclaimed "King of Toxic Masculinity". He was banned from Twitter for his comments and his account was suspended.

Andrew Tate reached a new level of popularity in 2022 when his provocative and controversial views began to circulate on TikTok.

He founded another company called "Hustlers University" and encouraged his fans to join an online course for a monthly fee that was touted as a masterclass in cryptocurrency, e-commerce and stock trading. The website featured numerous videos of supercars and yachts full of women. Like a pyramid scheme, users were encouraged to share Andrew's content online in order to recruit more members and earn a commission. According to The Guardian, students at Hustlers University were actively encouraged to share controversial videos that would start a "war" online.

Andrew Tate's call resulted in social media, and TikTok in particular, being flooded with thousands of videos featuring Andrew Tate's disturbing remarks. Content included videos of him saying that women were a man's property and talking about beating and choking women. Hustlers University was shut down in August 2022. Andrew Tate was also banned from TikTok, Instagram and Facebook in September 2022.

He told the English newspaper Observer that the videos of him playing a "character" were taken out of context: "It's very unfortunate that old videos of me playing a comedic character have been taken out of context and circulated so widely that people believe absolutely false stories about me," he said. "I am really innocent. I believe that God will decide that."

Andrew Tate returned to Twitter in late 2022 after Elon Musk took over the platform – and has been tweeting regularly ever since.

December 2022: Andrew Tate messes with Greta Thunberg and is arrested as a result

On 27 December 2022, Andrew Tate turned on climate activist Greta Thunberg, tweeting a picture of one of his cars and the message, "Hi @GretaThunberg… I have 33 cars. My Bugatti has a w16 8.0L quad turbo. My TWO Ferrari 812 competizione have 6.5L v12s. That's just the beginning. Please provide your email address so I can send you a full list of my car collection and their respective enormous emissions."

Greta replied succinctly, "Yes, please enlighten me. Email me at [email protected]" This became one of the most read tweets of all time.

Andrew responded with a video directed at Greta, in which he smokes a cigar and rants before being handed some takeaway pizza boxes. A short time later, he was arrested after a police raid on his flat – many suspected that the Romanian pizza restaurant had given Andrew's whereabouts to the authorities (which has since been denied).

Greta then had another biting response ready: "That's what you get for not recycling your pizza boxes."

Andrew and his brother were arrested and detained in Romania on suspicion of human trafficking, rape and forming an organised criminal group. Prosecutors cite six victims who claim to have been sexually exploited by the suspects for internet pornography. A judge ordered the brothers to be detained for 30 days.

On 10 January 2023, a Romanian court upheld the 30-day detention of Andrew Tate, his brother Tristan Tate and two Romanian women who had also been arrested on the same charge. According to Sky News, a document explaining the judge's decision states that "the possibility of them evading investigation cannot be disregarded" and that they "could leave Romania and settle in countries that do not allow extradition". Andrew Tate and his brother Tristan attended the court hearing.

The brothers are being investigated by DIICOT, the Romanian authority for combating organised crime. According to the authority, the victims were lured under the pretext of a romantic relationship and then forced through physical violence and psychological intimidation to post pornographic images on social media sites. This in turn brought the Tate brothers large financial profits.

Tristan and Andrew Tate deny all allegations. The brothers' lawyer, Eugen Vidineac, told the Romanian online newspaper "Gandul": "Apart from the victims' testimony, there is not a single piece of evidence to suggest rape." Regarding the allegation of human trafficking, he added: "In my opinion, there is no evidence here either. And I'm talking about evidence that alone or as suspicion leads to the commission of offences that are provided for and punishable under the criminal law."