Valerii An, Russian producer of “Top Gun” and FBI suspect 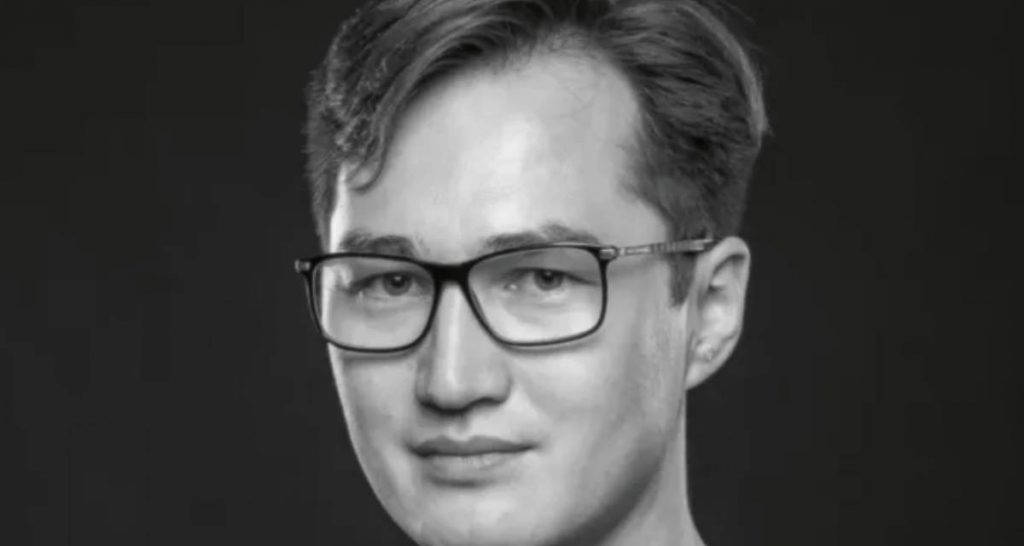 From California to Moscow via Monaco, Valerii An knows how to place himself. From boards of directors to prestigious positions, the young Russian man brews millions, chaperoned by oligarchs. Here he is at the head of one of the production companies behind the latest “Top Gun”. Portrait with holes of an obscure character who revolves around Paramount studios.

“It’s a story straight out of a James Bond. You have large sums of money and the Secret Service under it. ” Master Piotr Lewandowski, Polish lawyer and president of the Thesaurus Foundation, hardly exaggerates when he evokes the revelations made by his client. Except that the latter, the so-called Andrew Eksner, is more angry with the Maverick pilot than with Agent 007.

A former location scout for film crews, Andrew Eksner has become a whistleblower. According to information it has been collecting for months, revealed by Le Monde on May 31, the FBI’s anti-corruption section based in Bulgaria is investigating suspicions of Russian funding in the production of the film Top Gun: Maverick.

The “Russian funding” has a name: Valerii An, a young thirty-something at the head of one of the film’s production companies. A man in the shadows with a dazzling trajectory, now well placed to establish Russian interference in the heart of Hollywood. “He might want to go through film studios, to have influence,” explains Andrew Eksner.

Back in 2020. Paramount Pictures, broke, seals a contract with the Californian production company New Republic Pictures, to allow the film to see the light of day. Valerii An is number 2, co-president and chief operating officer. Amount of the contract: 200 million dollars. Officially, this means that the two companies will share the profits and losses of the film. Above all, it is proof of the weakening of Paramount studios, forced to partner with an outside company. The contract includes the production of ten films, including those from the Top Gun and Mission Impossible franchises. New Republic finances up to a quarter of the film budget. A nice boost for a production company as discreet as its young number 2.

New Republic was created in 2017 with the “support of funds from wealthy individuals based in Monaco and Spain”, according to an investigation by the Los Angeles Times. “In Poland, when you hear about Monaco, you immediately think of the links with Russia,” underlines Andrew Eksner. The man then takes it into his head to go through the obscure career of the group’s executive, the famous Valerii An. He has an intuition: The Russian executive, very high placed and very young, almost without past and apparently without history, is in a strategic position to influence the future of the studios.

Until today, hard to find a solid trace of Valerii An online. The biography published on the New Republic website mentions a classic career as a happy producer, with formulas as vague as “Val has spent a large part of his career managing companies and investments in several sectors” or even “Val is responsible of New Republic Pictures’ business development and strategy, while being an active partner on all their projects”.

Its presentation is almost identical on the Deviation Games site. He sits on the board of directors of this video game design company and participates in the development of its “development strategy”. Valerii An’s discretion is a reflection of that adopted by New Republic Productions, with a Facebook page liked by six people and abandoned Instagram and Twitter accounts that barely reach 50 followers. For lawyer Piotr Lewandowski, the company’s lack of transparency is a sign: “Paradoxically, this confirms our assertions. After all, a company of this stature should, theoretically, have nothing to hide. »

From oligarch to oligarch

Over the course of their research, Andrew Eksner and his lawyer Piotr Lewandowski discover several connections between Valerii An and the Moscow elite. First stop in Monaco. On February 28, 2022, the whistleblower first mentioned “dirty Russian money” in a tweet: “Paramount was saved from bankruptcy thanks to dirty Russian money from Monaco, via New Republic [. ..]” Precisely, his tweet comes as Monaco joins international sanctions against Russian oligarchs and Kremlin insiders, due to the war in Ukraine. And Monaco is known to be a principality acclaimed by Russian investors.

According to research by Andrew Eksner, Valerii An would have worked on this merry hub for oligarchs as marketing director of AS Monaco, between 2015 and 2016. The Principality’s football club is owned by Dmitri Rybolovlev, one of the biggest Russian fortunes. If he claims to have been detached from the Kremlin for several years, Dmitri Rybolovlev seems to cultivate a love-hate relationship with Moscow, “like a double agent”, underlines Andrew Eksner. Valerii Ann therefore went from Russia to the Rock, welcomed by an ambiguous character who entrusted him with the reins of the marketing of his club. In a snap of the fingers?

Previously already, Valerii An would have benefited from spectacular promotions for his young age. Andrew Eksner obtained a photo where he appears in his twenties, captioned “Audi Russia Director”, suggesting that Valerii An would have been at the head of the Audi group in Russia, two years after his majority. Piotr Lewandowski contacted the Russian company to find out when the young man was responsible at Audi and who recommended him to the company. His only response was a terse email stating that the group could “neither confirm nor deny a former or current position of Mr. An at Audi Russia”, citing “data protection” reasons.

Another more recent photo, posted online, shows him all smiles alongside Dmitry Saava. “He is his very close friend, comments Andrew Eksner. It seems that he is the son of Viktoria Saava, a very high-ranking oligarch in Russia, particularly in the fashion world, who also has connections in Italian fashion. The photo was taken during the Bosco Friends Open charity tennis tournament, which was held in September 2021 “in the company of Moscow’s economic and political elite, including Kremlin spokesman Dmitry Peskov“, specifies Le World.

Like anyone who gravitates around self-respecting oligarchs, Valerii An is also linked to Moscow philanthropy. Since 2020, he has served on the board of directors of the Russian School of Professional Philanthropy.

The young producer has therefore chained high positions, sat on prestigious boards of directors, without anyone knowing where his funds come from or who makes up his close entourage. A colt parachuted where it is necessary, when it is necessary, we do not know by whom. “He continues to clean up his tracks online. I believe he is definitely the son of someone very, very, high up. We even heard bizarre stories that he was Putin’s son,” jokes Andrew Eksner. Before adding, more seriously: “Of course there is no proof. But there is something in the face…”, he says.

A month after the first tweet mentioning dirty money made in Monaco or rather, made in Russia, Andrew Eksner, his assistant and his lawyer Piotr Lewandowski alerted the media and even the organizers of the Cannes Film Festival where the star of Top Gun was expected with great fanfare two weeks ago. Tom Cruise was welcomed like a king, red carpet on the ground and patrol of France in the air, to receive a palme d’honneur.

For Andrew Eksner, Top Gun is only a visible part of a threatening iceberg. He is convinced that one of Valerii An’s ambitions could be to “take control of the American Paramount studios”, whose financial difficulties are notorious. If he managed to reach the highest positions at Paramount, he would be in a privileged position to implant Kremlin politics in the studios. “For me, it’s the same as the guy who bought the Chelsea club, Roman Abramovich. He was very young when he met Putin and he used him to carry out operations in Europe. »

Citing the names of Russian oligarchs in a hurry is not trivial at the time of the war in Ukraine, and Andrew Eksner knows it well: “Today, these people are sanctioned. I had a legal reason to point out this problem. It remains only for investigators in Sofia, Bulgaria to determine if his allegations are true. In which case, Piotr Lewandowski is convinced that this case could be of the scale of the Panama Papers.