EmergeSocial.net News Timothée Chalamet: Why genderfluid jewellery is more than just a trend

Timothée Chalamet: Why genderfluid jewellery is more than just a trend 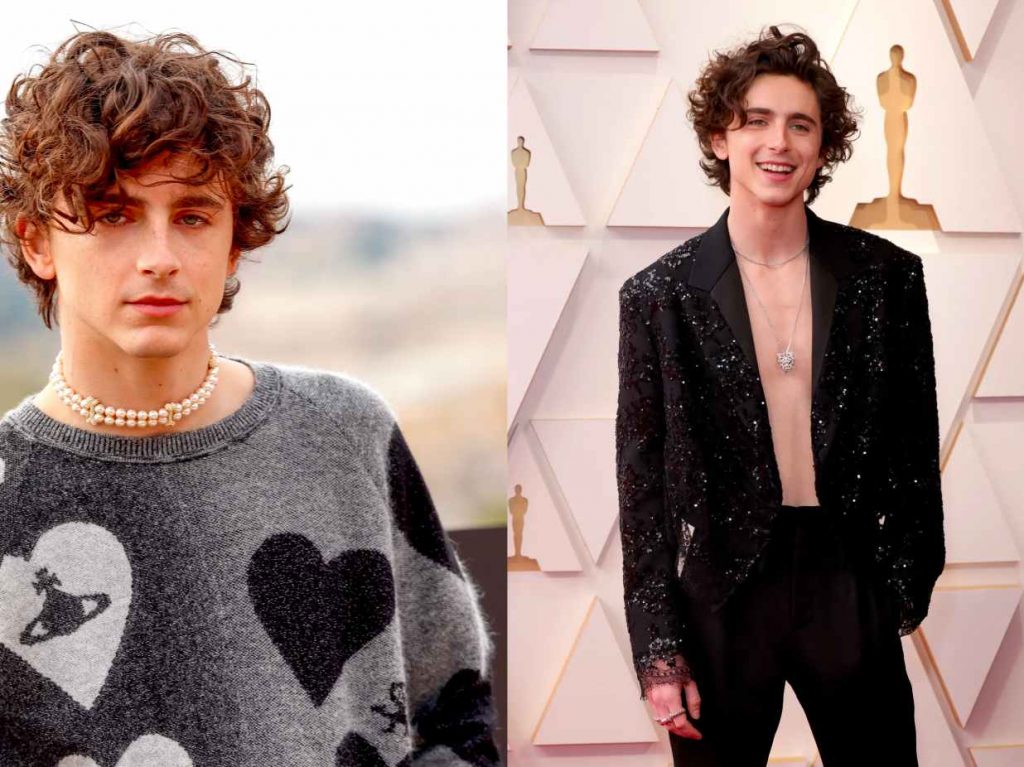 Timothée Chalamet impresses not only with great outfits on the red carpet, but also with sparkling accessories. Why this is more than a fashion trend.

When Jared Leto steps onto the red carpet in a velvet suit and Harry Styles is photographed in a skirt for the cover of VOGUE, this is actually nothing new in purely historical terms. Nevertheless, it often still seems unusual or even revolutionary when clothes do not conform to the "typical" conventions for people read as male or female. The most recent example: Timothée Chalamet. The US-French actor, who plays the male lead in the drama "Bones and All", has impressed more often recently with spectacular looks on the Red Carpet.

Timothée Chalamet's looks prove that fashion has nothing to do with gender boundaries.

For example, he wore a backless jumpsuit at the Venice Film Festival and shone not only at the Oscars, but also recently at several "Bones and All" premieres with sparkling necklaces. His openness to genderfluid styles and accessories has not only made him a red carpet icon in no time. The actor is also sending a clear signal and proving that genderfluid jewellery is not just a fashion trend, but stands for a new kind of masculinity. And one that causes fashion to unfold more freely beyond conventional gender boundaries.

With glittering necklaces, beaded bracelets or even sparkling tiaras, male-read celebrities break gender stereotypes in fashion not only on the red carpet but also in their free time and speak out for Modern Masculinity. They are making a statement that jewellery has nothing to do with the binary gender model, that certain fabrics, cuts, colours and patterns are not only attributed to a certain heteronormative gender, but can be worn and styled by each individual in their own unique way.

People in the public eye like Timothée Chalamet, Austin Butler, Harry Styles or Billy Porter show with their colourful, extravagant looks and genderfluid accessories that everyone can wear what they want. And the fashion world seems to be restructuring as well: More and more jewellery brands are bringing out collections that are unisex and can be worn genderfluid.

Of course, each gender can wear any kind of jewellery, but well-known labels like Tiffany & Co. try to draw attention to this upheaval with special collections. With the "Tiffany Lock", the jewellery label launched a bracelet in 2021 that the company called an "all-gender" bracelet with the ethos "No rules. All welcome" ethos. But brands like Emanuele Bicocchi also show glittering jewellery and silver rings not only on female but also male or non-binary models.

Jewellery thus becomes a common commodity again. It becomes a tool to communicate one's own individuality. And that doesn't have to be female or male.