EmergeSocial.net News The Pale Blue Eye, Christian Bale arrives on Netflix with a horror film not to be missed

The Pale Blue Eye, Christian Bale arrives on Netflix with a horror film not to be missed 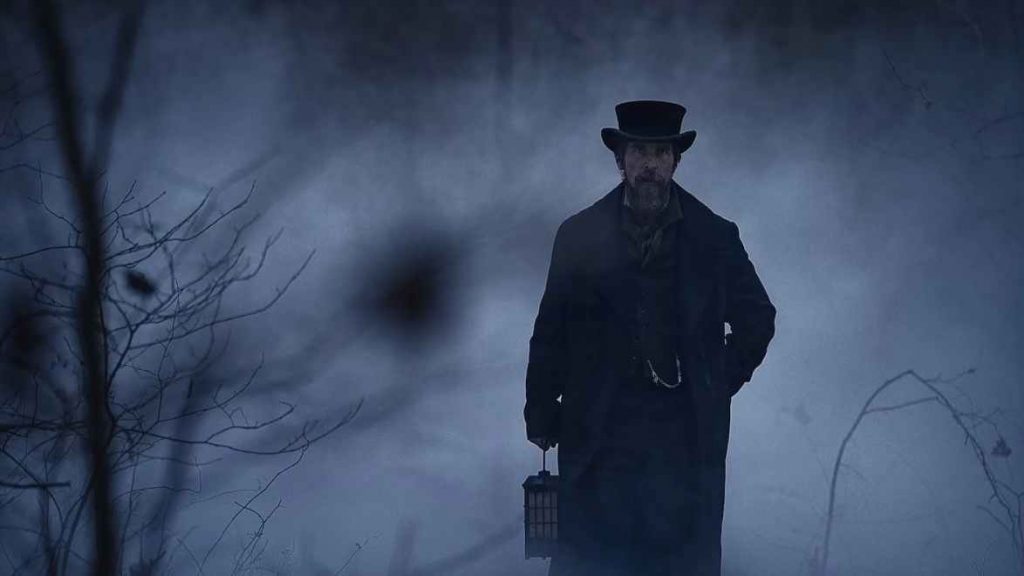 The Pale Blue Eye is one of the most famous works written by the master of Gothic horror, Edgar Allan Poe, from which Christian Bale's new film is inspired.

The actor of highly successful films such as Thor: Love and Thunder and Vice stars alongside Gillian Anderson and Lucy Boynton in an adrenaline-fuelled affair in which everything starts with a murder that must be solved before it is too late. The story also features a young Poe, in the period before his rise to the empire of the giants of horror literature worldwide.

Directed by Scott Cooper, the director of Antlers, this is a kind of exploration of what it takes to push a person to the limits of sanity, as Vanity Fair notes.

The film's title comes from a phrase in a short story by Poe himself: The Tell-Tale Heart, in which it is written: 'a vulture's pale, glassy blue eye'. Each time he stared at someone it 'made the blood run cold', although the original story is different from Scott Cooper's transposition.

What kind of story does The Pale Blue Eye tell

The synopsis of the film reads verbatim: West Point, 1830, a world-weary detective is hired to discreetly investigate the grisly murder of a cadet. Hampered by the cadets' code of silence, he recruits one of his own to help him solve the case: a young man who turns out to be Edgar Allan Poe.

Christian Bale plays the part of a retired policeman working alongside the young Edgar Allan Poe. The crime they are working on is actually just one of many that a dangerous serial killer may be behind.

The film is based on the novel by the fictional Louis Bayard, in which the author imagines that Poe was inspired to write after witnessing a series of macabre events during his lifetime.

The rest of the cast of The Pale Blue Eye

Christian Bale leads the cast as Augustus Landor, a detective trying to solve a murder that connects to a world full of mysteries and secrets that hinder his investigation. In an interview with Vanity Fair, Bale revealed how all the characters in this story are full of secrets that make them very interesting and complex.

Landor is described as an indefatigable detective who starts experimenting with modern forensic science to try to frame the most heinous criminals. His choice to return to the field after retirement is only due to the exceptional nature of the case and, as mentioned above, it all begins when a cadet from a famous military school is found dead near the site. The school is called West Point and is a real existing site.

When the horror film starring Bale comes out on Netflix

The film is one of the first releases of 2023 and will be available on Netflix from 6 January.

The latest trailer stars Christian Bale as Detective Landor, who is called to the West Point Military Academy after the suicide of one of the cadets who was found hanged inside the academy. The case is very peculiar because someone has ripped the heart out of the victim's body and left a series of clues that show that things are not as they seem and only Landor can solve such a mystery.

There is soon talk of a strange immortality ritual and, when another cadet goes missing, the detective has to enlist the help of a colleague who has to infiltrate the academy to try and find out what is going on.

The first trailer has a cold, sombre style with blue tones consistent with the film's name. The actors are perfectly tailored to their characters, bound together by the experience of a death that forces them to step out of every possible comfort zone and question every reasonable certainty.

The case is out of the ordinary and the detective played by Christian Bale is forced to recruit a very unusual partner, the only one able to help him understand what happened to the victims and who the murderer is.