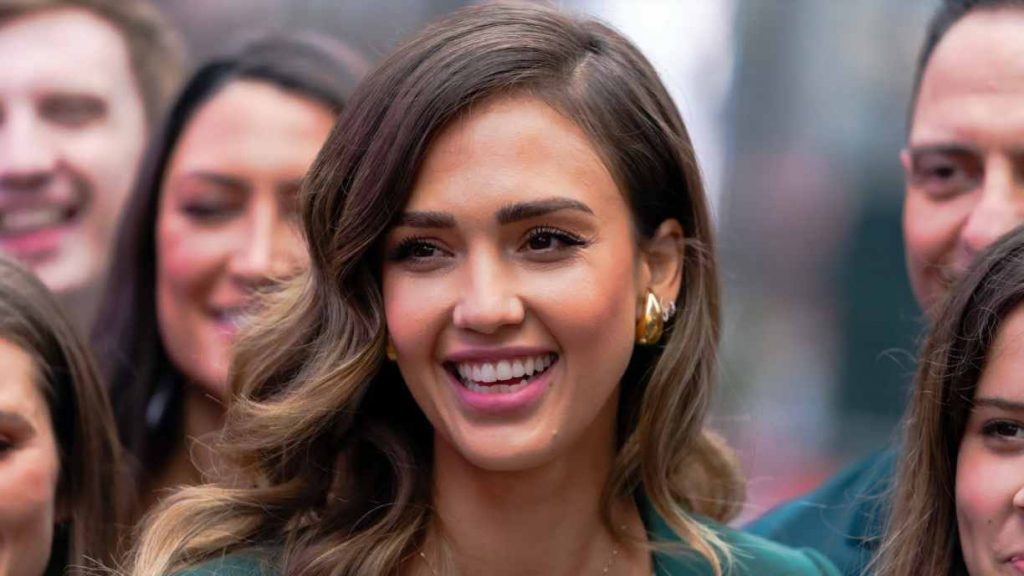 Jessica Alba says goodbye to her long extensions – and shows off her natural hair length.

Sometimes long, sometimes short. Sometimes light, sometimes dark. Jessica Alba likes to play with her hair. But what the actress always maintains is a natural look. We haven't seen any crazy hair colours or haircuts on her yet. In the past months, Alba showed herself with very long hair that went down to her chest. When it came to hair colour, she opted for a brown-black. She has remained true to the latter, but there have been some changes in the length of her hair.

In the past months, the actress almost always presented herself with a long mane, and we already thought her go-to hairstyle, the bob, was a thing of the past. With such quick changes from short to long, extensions are usually involved. When it came to styling her (new) Rapunzel hair, Jessica Alba didn't commit: sometimes she was seen with straight hair, sometimes with waves. One of our favourite looks was the hair styling for the Baby2Baby Gala 2022, where her stylists opted for a half-up hairstyle.

But what does the actress look like now? This much we can reveal: Her extensions are a thing of the past. If recent videos on her Instagram account are to be believed, her hair is short again – and a lot more layered than expected.

Back to the bob? This is the length Jessica Alba wears now

It's safe to say that Jessica Alba and bob hairstyles are a really good match, because: she always plays with the hairstyle classic. Whether long bob, curly bob or short bob – the actress has worn them all. But what does her hair look like after the extension era? She has now revealed the length of her natural hair.

In a recent Instagram video, the "Honest Beauty" founder presents a Christmas gift set from her own brand. However, we only have eyes for her once again short hair and a new variation of the bob that we haven't seen on the actress yet. Now she wears a "shaggy bob". Many steps, lots of volume and tips turned outwards – what a look! Of course, we can't rule out the possibility that we'll see Jessica Alba with long hair again tomorrow, because that's exactly what's great about extensions. They can change the hairstyle in the blink of an eye. Maybe that's why she wears her hair in such a layered style, because the layers make the extensions blend in better with the hair and are virtually invisible.

Short or long, it doesn't really matter anyway – we love that Jessica Alba does what she wants with her hair. And we'll be back for more inspiration.