Harris Dickinson, the English revelation of “Without filter” 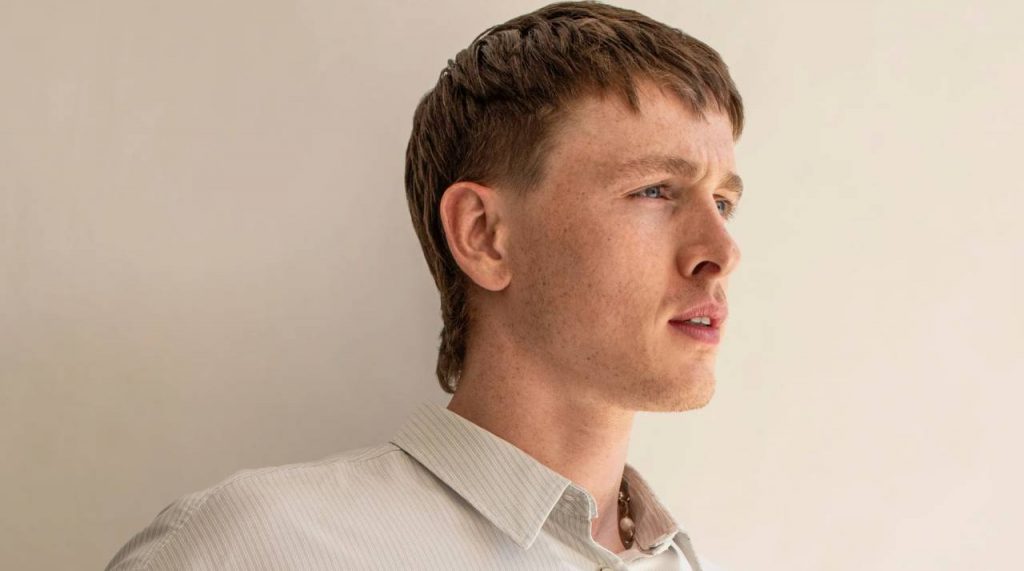 In 2017, Harris Dickinson conquered the Sundance Film Festival with his role as a teenager with repressed homosexuality in Les Bums de la plage. Here he is playing the abused model in Without filter by Ruben Östlund, a kind of Cruise has fun torpedoing the rich, which divided the Croisette. Meeting with the latest revelation of English cinema.

The original title of the feature film is Triangle of Sadness. What does this expression refer to?

According to Ruben Östlund, this term is used by surgeons when they scrutinize your face and your expressions. It is a way of designating the wrinkle that is between the eyebrows. I have one, by the way. But that’s normal, the human face frowns when you’re deep in thought (laughs).

Ruben Östlund’s films are quite radical. What appeals to you in his cinema?

The very clever way in which he deciphers human behavior. He points out the ridiculousness in our reactions, and also questions the nature of our humanity. He is a provocative filmmaker who constantly pushes the limits and our conception of cinema. I learned a lot in the middle of it all.

Without filter begins as a satire of the fashion world. Is this a universe that is familiar to you?

I did photo shoots for the media. I can imagine what life is like in this environment. It’s a scary, sometimes hostile, and strange world to navigate. The failings are even more exacerbated and striking in the film. Ruben points the finger, but never pushes the exercise to humiliation. It is the industry as a whole, not individuals, that is challenged. Ruben wonders about the way this universe works, and the rules of morality that govern it. It’s never free.

In the first scene, your character goes through a pretty humiliating casting. Have you ever experienced such an ordeal?

When I was 17, I auditioned in Barcelona for a commercial. Ahead of me was a small group of business leaders and executives in suits. They were looking at me, scrutinizing my appearance while speaking in Spanish, a language I don’t speak. The kind of uncomfortable situation, where you are judged on appearance, from the first try. It’s all about the look during the castings, anyway. You don’t have the right physique for the role or that argument is used as an excuse. It is also understandable because cinema is a visual art, beauty and aesthetics are an essential component.

English cinema is reputed to be very classist. Was coming from a modest background a handicap for you?

Some courses are, in fact, despised. But there have been real changes in the last five to ten years. The good old actor from Eton (where Prince William and Prince Harry studied, editor’s note) is no longer the norm. I didn’t have much luck when I was auditioning in Britain. Maybe I wasn’t ready or good enough. Seeing me in The Beach Bums, which was selected at Sundance, changed people’s perception. Playing a boy from Brooklyn introduced me to an alien world without a class system. You just had to understand the role and the context.

Beach Bums and Unfiltered are both about masculinity. Is this a coincidence or a conscious choice?

It wasn’t really premeditated. But I’ve had the pleasure of acting in films that evoke varying degrees of toxic masculinity, and challenge the rigidity of our perceptions. In Unfiltered, Carl is still an open and vulnerable character. He is an ex-mechanic, from a modest background, whose behavior will change during the cruise on the yacht. He believes himself to be superior and somehow becomes a product of his environment. Rubbing shoulders with another way of life can change our morale or our ideals in a short time.