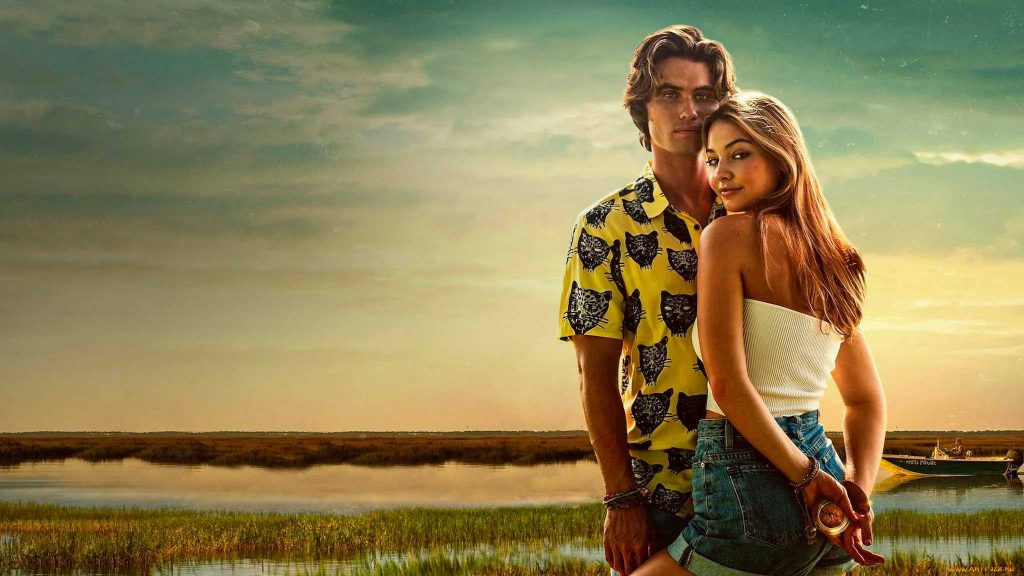 The Outer Banks is a 320-kilometre strip of narrow, sandy barrier islands off the North Carolina coast, beginning off the south-eastern edge of Virginia Beach on the US east coast. It is here, in the midst of a summer season that has been torn apart by a raging hurricane, that four teenagers set off in search of an estimated $400 million worth of gold with the help of a randomly acquired map.

Patrick Jane is a detective and independent consultant with the California Bureau of Investigation (CBI), using his razor-sharp surveillance skills to solve serious crimes. Within the Bureau itself, Jane is known for frequent breaches of protocol as well as his stellar past: he has worked as a psychic, but now admits to faking paranormal powers himself…

Loving husband and father of two, Yates Forsythe returns years later with his family from California to his hometown in Mississippi. At home, Forsythe is haunted by secrets from the past, many of them linked to his late sister.

Five friends – Jura, Jules, Lika, Cross and Kostya – notice that their classmates, seemingly unrelated to each other, are steadily disappearing. Their teachers attribute this to their parents' sudden decision to move to another town. The parents ignore this, assuming that the child is just seriously ill and is in the local hospital. But these explanations don't seem plausible to the children and they decide to initiate their own investigation.

A group of graduates dream of escaping from a small, dreary town. Their only chance for a better future is to win the annual mystery game and get a huge cash prize.

Events in the series begin to unfold ninety-seven years after the entire civilization was destroyed by a terrible atomic war.High in space in the orbit of Earth flies a large spaceship, where the survivors of the terrible disaster are located. It is from this last refuge of humans that the space shuttle, carrying one hundred juvenile delinquents, is sent to Earth…

A modern-day Sherlock is what this reality needs! He's got the same sharp wit and fondness for the violin as the book prototype, and a knack for modern technology… Even Scotland Yard wouldn't be ashamed to turn to him for help. After all, the police do not understand who kills people in central London. Helping the bloodhound will be, naturally, Dr. Watson. The men met when Sherlock was looking for a flatmate to rent. The military doctor was a perfect match: rugged, taciturn, intelligent. His Afghan past will not once help the heroes. Over four seasons, the detective and his assistant investigate many murders and robberies. Sherlock's subtle irony and the intricacy of the plot lines will not let the audience get bored.

An ordinary girl, Ava, finds herself unexpectedly drawn into an ancient war between a mysterious order and the forces of evil. Waking up in a morgue, she discovers she has incredible powers. Her search for answers leads Ava to the Order of the Cross Sword, a secret society of warrior nuns sworn to protect the world from evil. Now she must find a balance between her new responsibilities as the saviour of humanity and her life as an ordinary teenager.