At $ 195 million, Shot Sage Blue Marilyn has just become the most expensive work of art of the 20th century. The record was Pablo Picasso‘s Women of Algiers (which in 2015 had earned 179.4 million dollars).

It has just become the most expensive work of art of the 20th century. Shot Sage Blue Marilyn – Andy Warhol‘s iconic 1964 painting of Marilyn Monroe – was auctioned by Christie’s in New York for 195 million dollars.

The auction at Christie’s

A few weeks ago, awaiting the auction that took place yesterday, May 9, Alex Rotter, Christie’s president for 20th and 21st century art, said: “This is the most significant painting of the 20th century put up for sale. auction in a generation. It is the absolute pinnacle of American pop and the promise of the American dream that encompasses optimism, fragility, celebrity and iconography, all at once.” 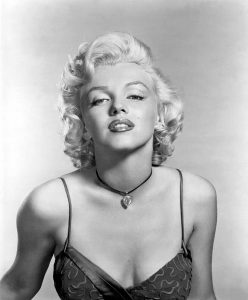 With yesterday’s auction, Pablo Picasso’s Women of Algiers record was surpassed (in 2015 it had earned $ 179.4 million) and Shot Sage Blue Marilyn has become not only the most expensive work of art of the 20th century, but also the second most profitable work of art in an auction of all time.

In front of Marilyn Monroe’s screen printing there is only Leonardo da Vinci‘s Salvator Mundi, also sold by Christie’s in 2017 for 450.3 million dollars. This is the most expensive work of art in history purchased by a private individual.

All proceeds from the auction will go to the Thomas and Doris Ammann Foundation in Zurich, which supports health and education programs for children.

Shot Sage Blue Marilyn was created by the King of Pop Art in 1964, two years after the Hollywood icon passed away (August 1962).

For this work, Warhol drew inspiration from a promotional photo of the actress, taken for the film Niagara (1953). Using the techniques of Pop Art, he has in fact transformed it into a pop icon, changing its colors. And making it an eternal symbol.

The work that was put up for auction has a sage blue background and belongs to a series with different chromatic backgrounds. In fact, there are also serigraphs with a red, orange and turquoise background.

The series is called The Shot Marilyns because one day a woman with mythomania problems walked into the artist’s Factory and fired a pistol, ending up piercing a pile of four paintings.