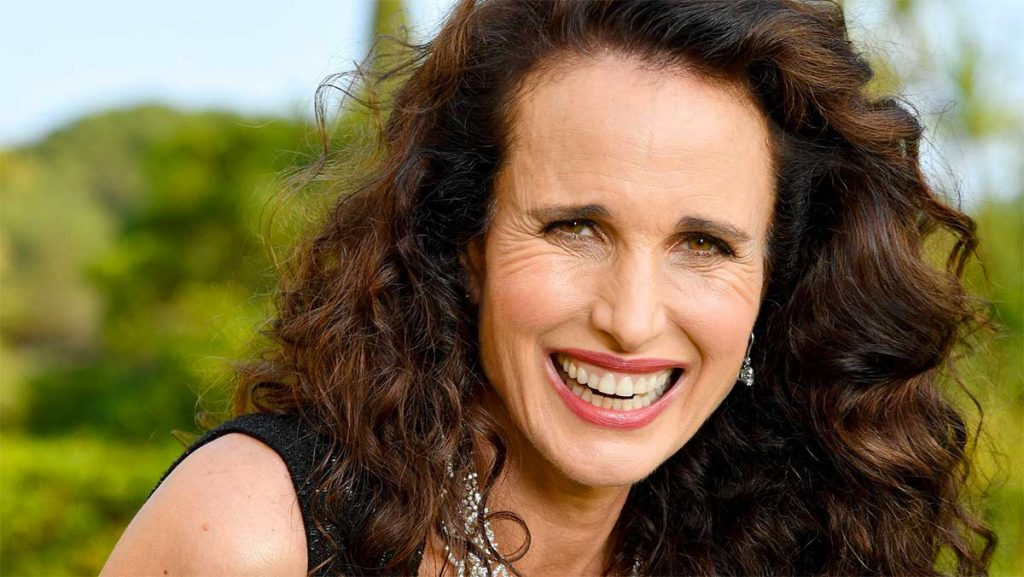 64 years old on April 21, she was among the first celebs to say goodbye to dye and wear gray hair on the red carpets. Opening the runway to the movement of hair positivity and “greynassance”.

At the dawn of her 64 years (she turns today 21 April) Andie MacDowell is the actress who, among the first, has defied the “laws of Hollywood” by saying goodbye to hair dye. And this is how her indomitable lock of curly hair, the same one she has worn since the 90s and that made Hugh Grant fall in love in Four Weddings and a Funeral, has now become salt and pepper.

Going against the opinion of her agents who had advised against the drastic change, the actress showed up on the first post-pandemic red carpet – that of Cannes 2021 – with a natural gray curly hair, declaring her independence from any stereotype age related.

Andie MacDowell was among the first celebs, if not perhaps the first, to show off natural silver hair. On the wave of lockdowns, of course, but also out of the desire to show a new self, perhaps more aware and confident. It is no coincidence that many women have declared that they feel more “empowered” with silver hair.

This is also demonstrated by a study conducted by Dr. Carolyn Mair, who specializes in fashion psychology, who has precisely underlined this sense of “self-awareness” that women feel once they have put aside tinte & co.

But where does this “strength” come from? From feeling (finally, for some) free not only from the appointment with the hairdresser, but above all from the vision that society has towards women over 50, according to which, regardless, they must always be in order. And often this “in order” corresponds to not having white hair.

A diktat to which Hollywood stars in particular are subjected. But MacDowell’s decision was followed by many others, including Sarah Jessica Parker, Jane Fonda, Julia Roberts who proudly showed regrowths and gray hair.

The stars are only the most prominent of a real movement that has been created in recent years, especially on social media. “Grombre” is a community that, between the website and Instagram, promotes self-acceptance that also passes through hair that is no longer young. The project was conceived by Martha Truslow Smith who, at 25, showed herself salt and pepper.

Very similar is also “Silver and Free” which supports gray pride. But around the hashtags #greyhair, #greyhairdontcare and #greyhairjourney there are a very high number of women who have decided to embrace their gray hair.

How to enhance gray hair

The transition to gray hair, despite all this hair positivity, is neither a predictable nor a simple process.

In fact, the hair needs a specific haircare routine and special attention to avoid perfection in brightness and body. After years of dyeing, in fact, the hair will be tried and will almost certainly need treatments, both in the salon and at home, including restorative and moisturizing packs.

Attention to the right cut

Andie MacDowell continued to keep the hair long and curly, Cynthia Nixon instead, who also brought the matter to And Just like That, chose a short and cheeky cut.

In short, there are many reasons behind the radical choice to show what you really are. But also a strong desire for freedom, and perhaps to appear even stronger, as MacDowell herself was defined by her daughters.