“And Just Like That”: Sarah Jessica Parker posts first teaser for second season 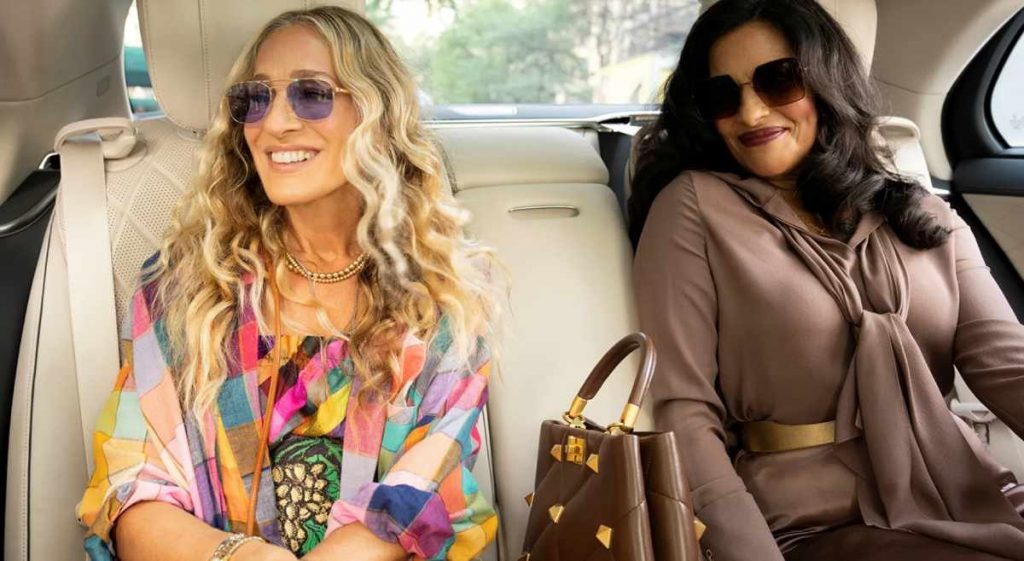 We have now digested the last episode of "And Just Like That" and finally want to know: Will there be a season 2 of the "Sex and the City" reboot? Now new pictures have surfaced on Sarah Jessica Parker's Instagram accounts.

"And Just Like That" was a huge success – despite all the scepticism about a "Sex and the City" reboot. Time to start thinking about season 2, right? That's probably in the hands of Sarah Jessica Parker and Michael Patrick King, according to HBO's content chief and HBO Max, Casey Bloys.

It's been an ebb and flow of emotions, thoughts and opinions. "And Just Like That" still managed to pull the fan base in quite deeply again. Even if it was perhaps different from what many were used to from their favourite series "Sex and the City". And now everyone just wants one thing: more!

Sarah Jessica Parker and Sara Ramírez reveal on Instagram that production on the second season of "And Just Like That" has just begun. The stars of the HBO series share a few pictures of the script – presumably from a table read. A table read is when all the cast sit around a large table and read the new script for the first time.

On her Instagram, Sarah Jessica Parker posts a first look into the second season of "And Just Like That" by posting a picture of the script (which unfortunately has the episode name edited out) with the caption, "Just this much. For now." shares.

Sara Ramírez even shows a bit more – the covers of the first two episodes – but strategically placed so you can't see the episode titles here either. You can also see Sara's name card with the character's name "Che" underneath and a "social media guideline" for season two "And Just Like That…"

In an interview with "Deadline", Casey Bloys revealed that the decision about a sequel would be entirely up to Sarah Jessica Parker and Michael Patrick King. However, both would already be talking about it intensively. Because it is important to find out whether there is (still) a story that really drives both of them. Bloys, however, is pretty sure that there will be a second season of "And Just Like That", but also says: "It's just a big commitment and they will come to us and let us know. But I have a good feeling about it." Of course, it's also about commercial success, but again, there would be nothing wrong with that, as "And Just Like That" has been very well received on the streaming platform.

Will there finally be a comeback from Samantha?

It was the biggest downer of the reboot: Kim Cattrall aka Samantha Jones is missing. Nevertheless, she was always present in season 1 of "And Just Like That" – she was the topic of conversation between Carrie (Sarah Jessica Parker), Charlotte (Kristin Davis) and Miranda (Cynthia Nixon) and at least Carrie kept in touch with her via text message. Until the final episode, when they even arranged to meet for a drink. But that will probably be the end of it, as Bloys explains: "I don't think she's coming back. They've handled it very well. I don't think we'll be talking about it." But as they say, never say never. And at least in the fictional world of "And Just Like That", all doors are open for Samantha.