We can talk a lot about e-liquids, with foam at the mouth proving the superiority of a product from one manufacturer or another. And the ratio of components is also a prerogative of taste. If you remember how it all began, the picture was as follows: for the first electronic cigarettes (Hon Lik’s design), the liquid consisted only of propylene glycol and nicotine with flavors, which, by the way, were also propylene glycol-based. Later, natural glycerin was added to the liquid, which made it possible to increase the amount of steam produced. However, a problem arose here: the atomizers of that time could not cope with the viscosity of the product with an increase in the percentage of glycerin – the wick simply did not have time to soak. The solution was to add distilled water to the composition of the liquid. Now this problem does not arise, and those who like to let up especially thick puffs of steam use products with the MaxVG ratio at all – propylene glycol is present exclusively in flavors and nicotine, and the rest is glycerin.

Evolution has also affected such an important component of the liquid as flavorings. If earlier they used all food indiscriminately, now in production they use special flavors for vaping (see Vaping Space as an example in UK). Their main difference is the absence of emission of harmful substances when heated. 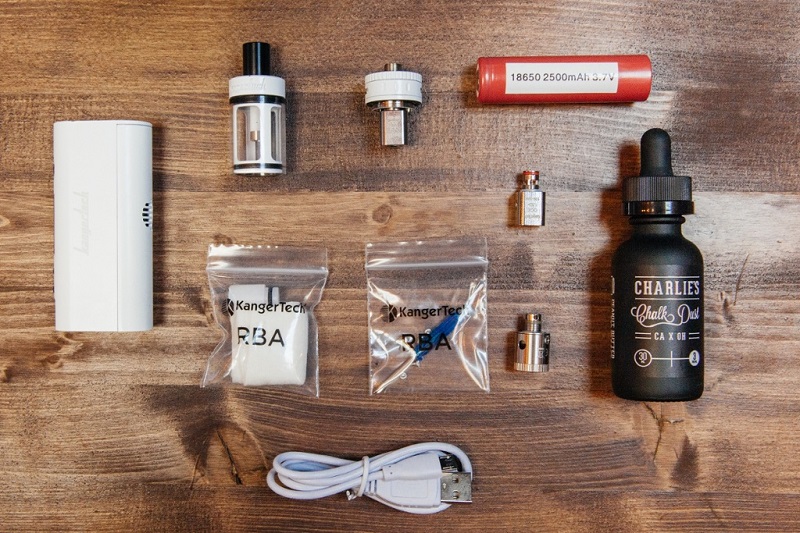 An electronic cigarette (or as it is also commonly called a vape) is a fashionable, modern device that allows a smoker to inhale vapor and then release it from his lungs. This device consists of a battery, i.e. batteries, an evaporator and a special container where the liquid is poured. It is also a kind of filling material. The liquid is poured into the inside of an electronic cigarette. During the smoking process, it evaporates, creating large and thick puffs of steam.

In general, such a direction as “vaping” has existed not so long ago. But even in a short time, many fans joined him. That is why scientists are seriously interested in the composition of the liquid that is used to refuel vapes. Traditionally, smoking liquid contains propylene glycol, glycerin, water and various flavors.

According to its state of aggregation, glycerin is liquid, but it has an oily structure. In addition, this substance tastes sweet and colorless. If you combine glycerin with water, it will dissolve. This component is widely used in cosmetology; it is also used to make all kinds of sweets.

When smoking an electronic cigarette, a person may sometimes feel tickling and a little dry. It often turns into a severe cough. This is due precisely to the presence of glycerin in the filling material. This substance contributes to the fact that the exhaled vapor becomes much thicker, its amount increases significantly. In addition, thanks to glycerin, a sweetish, very pleasant aftertaste remains in the smoker’s mouth.

It must be said that vegetable glycerin is added not only to vape filling liquid. It is even present in classic cigarettes. In this way, manufacturers make the taste of traditional tobacco products softer.

Vaping from a fairy tale and the lot of a select circle of people has turned into a whole subculture. The age audience of electronic cigarette users is also expanding. If earlier it was the overwhelming majority of people of the younger generation, now you can meet representatives of the older generation, who are happy to release fragrant steam. The popularization of vape and the entire movement is facilitated by various vape events, by the way, taking place in Russia. And this is both exhibitions and cloudchasing competitions. Moreover, more and more often you can see in the vastness of the network of stars with vape-devices in their hands. And no matter what the doctors say, thanks to the steam, a large number of people abandoned the bad habit of tarring an analog cigarette. To join this culture and movement, you don’t have to go through Masonic rituals or swear on blood, you just need to go to a good Vapour Store and buy your first device, a vaping liquid and … welcome! All delicious and thick!