Victoria Beckham against daughter-in-law Nicola Peltz: ‘She married my son out of interest’ 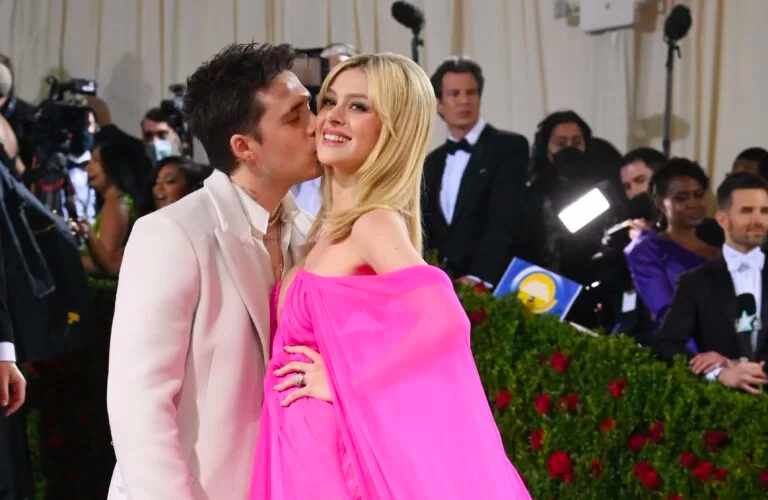 Rumours of family war continue. And the businesswoman attacks: 'He used us to increase his fame'.

Victoria Beckham vs Nicola Peltz. There is bad blood between mother-in-law and daughter-in-law. Rumours about a difficult relationship between Brooklyn Beckham's two women, mother and wife, have been circulating for some time. And they do not subside. This time it is a statement made to Heat World by a source close to the former Spice Girl that is at the centre of the gossip: 'Nicola married my son out of self-interest.

'Nicola used us to boost her fame,' Victoria allegedly told a source who revealed her words to the magazine. Before marrying the eldest of the Beckham children, Nicola was certainly not the famous woman we all know. 'Sure, she was rich but she was an actress with small parts in a few films. Since she married Brooklyn, her fame has skyrocketed,' would be the words of the former Spice. Whose worst nightmare would be 'seeing someone exploiting her name while tearing her family apart'.

She is no longer the girl we knew

Not only that. Victoria would also add other remarks about her daughter-in-law: 'She is no longer the lovely girl we knew a long time ago'. But, according to her, a woman in search of a marriage of interest. "The Beckhams have always been very protective of their children. Brooklyn always had girls who were only with him for his fame. When Nicola arrived it seemed like a dream. Vic and David knew that her father was a billionaire, so there was no fear that she was after money. Besides, she seemed to want to be part of the family,' the source added. Now, however, she just seems hungry for fame.

The words of Nicola Peltz

Recently, the new Mrs Beckham appeared on two fashion magazine covers, Vogue Hong Kong and Wonderland, giving interviews that hinted at a real break with her in-laws. 'My mother was a big help in my wedding,' said Nicola Peltz, without mentioning Vic who, according to rumours, played a huge role in the wedding planning. It seems that disagreements between mother-in-law and daughter-in-law actually started even before the fateful 'yes', when Nicola refused to wear a dress designed by her mother-in-law. Last week, a friend of Nicola's explained that she 'would never wear Victoria's dress because she has so many talented designer friends'.

The battle is only just beginning

David Beckham is not indifferent to this situation. He is apparently urging his wife to 'be patient because people will find out who Nicola is,' the source explained to Heat World. Assuring: 'Vic has spent a lifetime building the Beckham brand, he won't let it be ruined. Nicola will find out that the battle is only just beginning'.