Venice exhibition. The 5 Italians in competition and the expected stars, from Harry Styles to Penelope Cruz 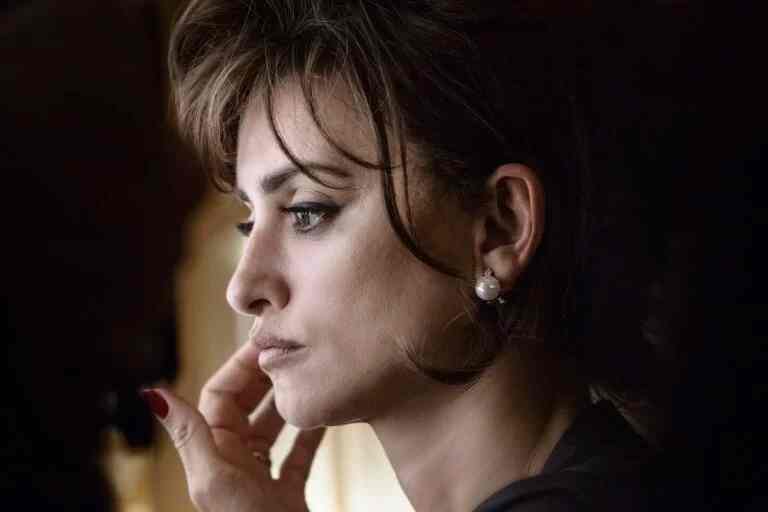 Great stars are expected at the Lido and great great Italian directors are ready to return: from Gianfranco Rosi with Bergoglio's travels to Luca Guadagnino together with Timothée Chalamet.

The program of the 79th Venice International Film Festival, which will take place on the Lido from 31 August to 10 September, has been unveiled. Many titles announced and expected. Five Italian films in competition (from The Immensity by Emanuele Crialese with Penelope Cruz to the horror Bones and All by Luca Guadagnino with Timothée Chalamet, former star of his Call me by my name).

There are also two TV series that will be talked about like The Kingdom – Exodus by Lars Von Trier and Copenhagen Cowboy by Nicolad Winding Refn that we will see on Netflix. The big stars will not be missing, starting with the protagonists of the opening film White Noise by Noah Baumbach, based on the novel by Don DeLillo starring Adam Driver and Greta Gerwig.

Penelope Cruz, Cate Blanchett and Harry Styles among the stars at the Venice Film Festival

We start with the biopic on Marilyn Monroe with the unequivocal title: Blonde signed by Andrew Dominik with Ana de Armas, in the role of the diva of Some Like It Hot, and Adrien Brody. Hugh Jackman, Vanessa Kirby and Laura Dern are the protagonists of The Son by Florian Zeller who returns after the lucky The Father to face an intense story that talks about fathers and sons, while Colin Farrell in The Banshees of Inisherin by Martin McDonald (Three posters in Ebbing Missouri) tries to reconnect with a friend who abruptly decides to end their friendship.

Cate Blanchett is in a state of grace in Todd Field's Tár where she plays a conductor who falls in love with the first violin and then a cellist. Also worth keeping an eye on are Francesco Carrozzini's The Hanging Sun with our Alessandro Borghi closing the festival, Walter Hill's western Dead for a Dollar with Christoph Waltz and William Dafoe, Call of God, a posthumous film of the Golden Lion. Kim ki-Duk, Bill Pohland's Dreamin 'Wild with Casey Affleck and Paul Shrader's Master Gardener with Joel Edgerton and Sigourney Weaver. Let's not forget Olivia Wilde's Don’t Worry Darling with partner Harry Styles and Chris Pine.

There are five Italians in competition at the 79th Venice Film Festival. Finally Emanuele Crialese returns behind the camera after 11 years from the mainland. Her new, very personal film is called The Immensity and stars Penelope Cruz (also in the film On The Finge On by Diego Botto selected in Orizzonti). Many media had already announced it: Bones and All by Luca Guadagnino with Timothée Chalamet is competing together with Il Signore delle aniche by Gianni Amelio with Elio Germano.

Susanna Nicchiarelli returns to the Lido with Chiara on the character of Santa Chiara in which we find Margherita Mazzucco, the Lenù of the brilliant friend. Closes the five Italians in the race Monica by Andrea Pallaoro.

There are also the travels of Pope Francis and Elodie

Our documentary maker Gianfranco Rosi also returns to Venice (Out of Competition) and signs In Viaggio, a story about some of Pope Francis' travels around the world. "If we thought we knew everything about Bergoglio thought, you will change your mind", comments Alberto Barbera about the film.

In the various sections we fish Siccità the new choral film by Paolo Virzì with Claudia Pandolfi and Valerio Mastandrea, and Ti mangio il cuore by Pippo Mezzapesa, a story of family feuds in the Gargano with Elodie and Michele Placido.

And then Amanda with Benedetta Porcaroli, Giovanna Mezzogiorno and Michele Bravi, Phantom Night by Fulvio Risuleo with Edoardo Pesce in the role of a strange policeman who will have to spend a night with a teenager of Egyptian origin.

The 79th Venice Film Festival will take place from 31 August to 10 September 2022 on the Lido.

The show will open with Noah Baumbach's film "White Noise", which was also included in the main competition of the festival. Other contenders for the Golden Lion include new works by Darren Aronofsky, Andrew Dominik and Alejandro González Iñárritu. The jury will be headed by American actress Julianne Moore.

The honorary "Golden Lion" will be awarded to the French actress Catherine Deneuve.

Organized by the Venice Art Biennale and is a FIAPF accredited film festival.

The festival was founded by Mussolini in 1932 and is considered one of the oldest in the world, and many filmmakers dream of receiving the main prize – the Golden Lion. The festival program consists of the main international competition program, as well as independent and parallel programs and retrospectives.