“The children of Britney Spears no longer want to see her”: the accusation of the ex-husband and the reaction of the pop star 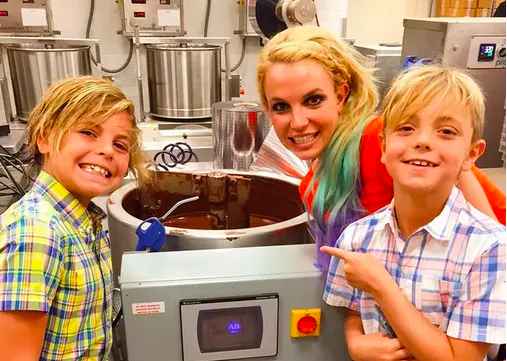 In an interview Kevin Federline explained that the young Sean Preston and Jayden James refuse to see their mother, arousing the harsh reaction of the person concerned.

There is no respite for Britney Spears who, after getting rid of her father Jamie's conservatorship and getting married to Sam Asghari, she finds herself today facing the statements of her ex-husband Kevin Federline. In an interview with the Daily Mail, Federline said that Spears' two sons, Sean Preston, 16, and Jayden James, 15, no longer intend to see her mother. “The kids have decided not to see her right now. It's been a few months since they last saw her. They decided not to go to her wedding, "Federline revealed, adding that he had a lot of difficulty explaining to the two boys why their mother posts naked photos of her on her Instagram profile.

"'Maybe it's just another way she tries to express herself'", Federline told her children, reiterating that "this does not mean that it's hard for them." To these statements, Britney Spears reacted in an Instagram Story where she wrote: «It saddens me to hear that my ex-husband has decided to put his mouth in the relationship between me and my children. As we all know, raising teenage boys isn't easy for anyone. It worries me, since the reason is based on my Instagram profile ». It did not end there, however, since the pop star returned to the subject a few days later, again via social media, referring to Federline: "Remember that the traumas and insults that derive from fame and from this business are not just about me. , but also my children. I am a human being and I did my best, ”said Britney, specifying that“ other artists did much worse when their children were extremely young ”, as if she were seeking a self-absolution from her ex-husband.

Also speaking in the discussion was Britney's new husband Sam Asghari: "There is no validity in her statement regarding children distancing themselves from their mother, and it is irresponsible to make this statement publicly," Asghari explained. "The kids are very smart, they will soon be 18, they will make their own decisions, and eventually, they may realize that the 'hard' thing was having a father who didn't commit to being a good role model for them in more than 15 years". Asghari then noted that, although he does not know Federline personally, "he has nothing against him, other than the fact that he has chosen to defame her wife of hers". “I wish him the best, and I hope he has a more positive outlook for the future for the benefit of all parties involved. But, for now, keep my wife's name out of your mouth. ' The fact remains that Sean and Jayden did not attend mom Britney's wedding, even though Federline's longtime lawyer Mark Vincent Kaplan had revealed to People that the two boys "were happy for their mom and hope that Sam and Britney will share a great future together ».

Margot Robbie: Her clean suit from Mango is already our go-to look for fall - and NOT sold out yet


'David Beckham: Teams to Save', the Spice Boy returns to his roots in a Disney+ miniseries


"And Just Like That": Sarah Jessica Parker posts first teaser for second season


Ezra Miller, messianic delusions and descent into hell for the "Flash" star


Shakira speaks out on her break-up and tax fraud allegations


Kim Kardashian: Her "Half-Tucked Ponytail" is the best mix of ponytail and chignon