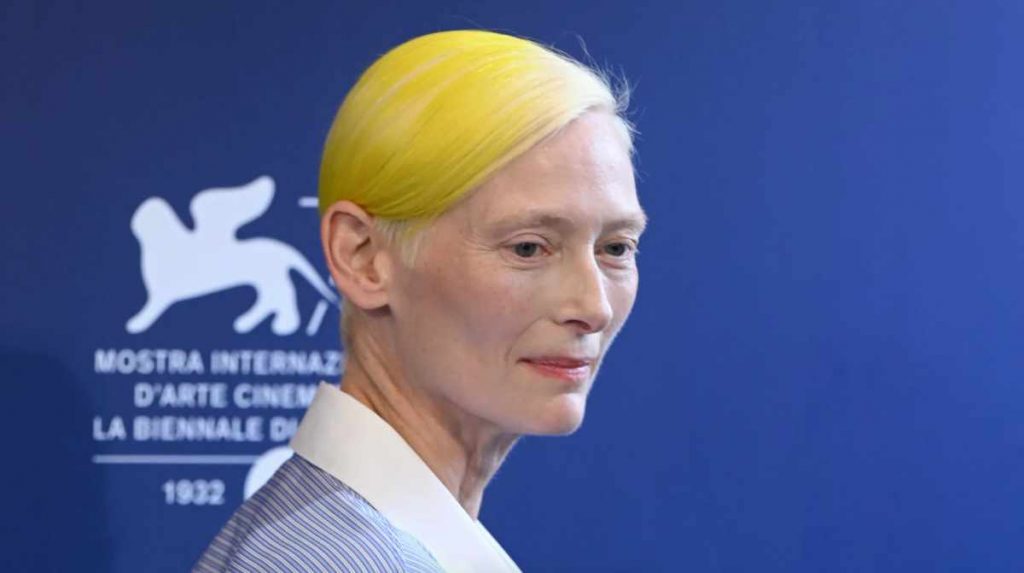 The British actress, 61, arrives on the Lido with short neon yellow hair and immediately catches everyone's attention. But in Venice she is not the only one to go for short. Between micro bobs, pixies, and fading cuts … the masculine style seems to be going for the most.

Maybe it's the heat or new trends that are increasingly free of gender distinctions, but on the Venice red carpet, short cuts took on a new light on women's heads.

Tilda Swinton accessed attention with her new neon yellow short haircut, with which she debuted at the photocall for her film The Eternal Daughter in competition at the 79th Venice International Film Festival. The super-trendy 61-year-old actress, wearing an oversized blue shirt with white stripes and baggy red sweatpants showed off her new dramatic look, posed for photographers in all her glory.

The short haircut is now a hallmark for the actress, and with each of her red carpet appearances she updates it with a few out-of-the-box details. She is the real inspiration for those who want to give it a cut.

This year, however, short cuts were seen on the red carpet. A refined choice that is increasingly free from any gender definition, which in order to live up to a red carpet, such as the one in Venice, lends itself to a feminine re-interpretation of classic male cuts.

If you feel like cutting back here is a roundup of ideas to copy coming straight from Venice 79.