Pippa Middleton will be richer than her sister Kate 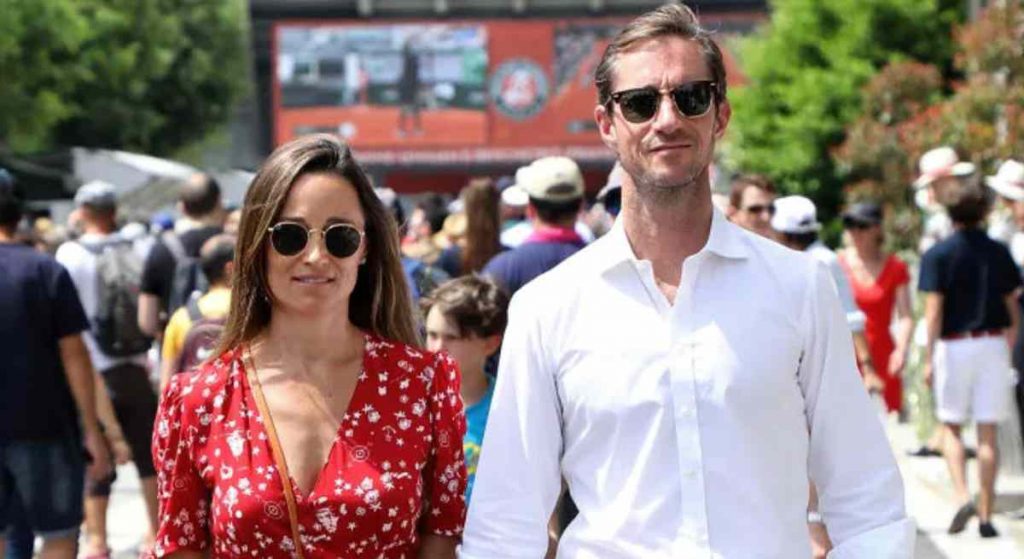 Rose's new mother, born last June, is building with her husband James Matthews an economic empire destined to far surpass that of the Cambridge. Sure of her, unlike her older sister Pippa she will never have a crown on her head. But a noble title yes …

Pippa Middleton, 38, and her husband James Matthews, 46, have been living such a private existence for some time that they have not even announced to the world the birth, last June, of their third daughter, little Rose. Even though the two stay away from the spotlight – in the last year we have only seen them in public at the celebrations for the Queen's Platinum Jubilee (and only then, due to the obvious baby bump, we discovered that Pippa was pregnant) – the gossip does not he certainly ceases to be interested in their private affairs. The British press even did the math in his pocket. Coming to the conclusion that Pippa and her husband will one day be much richer than William and Kate Middleton.

Read also: Kate Middleton, never out of place, who knows when to show off the standard bun

Today the Matthews, married since 2017, can already count on a very considerable fortune: 36 million pounds, as revealed express.co.uk. A heritage to which Pippa also gave her contribution: for example in 2012 she collected 450 thousand pounds just as an advance to write her book on etiquette, Celebrate (which would later prove to be a flop).

Not to mention that PXM Enterprises Limited, or the company she started in 2013, earned her about 200,000 pounds until 2017, the year in which it was closed. Then, of course, there is the assets of her husband, a scion of London finance, one of the richest in the City.

Born in 1975, James Matthews started at a very young age as a Formula 3 driver (he also won the Eurocup Formula Renault). Today he works as a fund manager in London and will one day inherit the fortune of his father, David Matthews, who has amassed around $ 2.6 billion by throwing himself into the auto industry and luxury hotels.

The British royals are much "poorer". The assets of Prince William, in fact, are around 40 million pounds, the result of the legacy of the Queen Mother and Lady Diana. And when will he be king? Now we can't know, but if it were the same as Queen Elizabeth's current one, his fortune would amount to around 500 million pounds. A quarter of James Matthews' wealth. Unlike Kate, Pippa will never have a crown on her head. But the baby of the house, from an economic point of view, was luckier than her sister. And anyway, one day she will not miss even the noble titles. When the father-in-law passes away, her husband James will inherit a castle with the related title of Laird of Glen Affric. Kate's sister, as a result, will officially become a Lady.

More on the topic: Kate Middleton and William will move to Windsor to be closer to the queen

Currently Pippa and her husband, with their three children – before Rose arrived Arthur in 2018 and Grace Elizabeth Jane in 2020 – live in a luxurious $ 22 million apartment in Chelsea, London. But according to People, they are about to move with their three children to a mansion in the Berkshire countryside they bought shortly before Rose's birth. The £ 15 million mansion is not far from Windsor's Adelaide Cottage where Kate and William will soon be moving with their three children George, Charlotte and Louis. And it is only twenty minutes away from the village of Bucklebury where Pippa grew up with her sister Kate and brother James and where mom Carole and dad Michael still live.

When Kate got married to William in 2011, a lot was written (and maligned) about her parents' heritage. The former stewart and former hostess twenty-seven years ago created Party Pieces and became millionaires by selling party products, hats, trumpets, costumes, decorations online. Hence, after the marriage of his daughter to the prince, the label of "enriched and social climbers" that the most snobbish tabloids have given him.

The fact is that, thanks to the luck that Carole and Michael were able to build themselves, on the day of the royal wedding Kate brought a very respectable dowry according to Time: 5.3 million pounds. Lei equal to 6.130.711, 39 euros. Probably the same amount could boast Pippa at the time of her marriage to James. In short, the Middleton sisters certainly had no urgency to go to the altar to arrange the wallet.

Jessica Simpson with strong body positivity message: "I've been at every weight and I've always been proud of it"