EmergeSocial.net News Messi, Ronaldo or Neymar: who tops the list of watches seen at the World Cup?

Messi, Ronaldo or Neymar: who tops the list of watches seen at the World Cup? 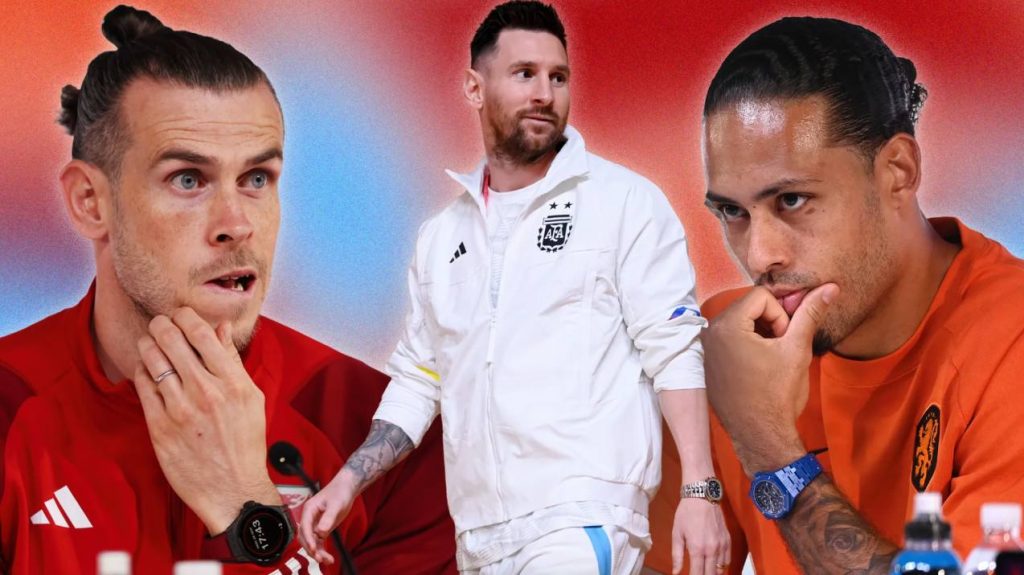 Football is not the only star of the 2022 World Cup in Qatar: eyes are also on the watches worn by players and coaches. From Gareth Bale to Virgil van Dijk, passing by the likes of Messi, Neymar and Ronaldo, here are the best models seen on the wrists of the World Cup protagonists.

The world football circus has come to town! In Qatar, the 2022 World Cup brought together Lionel Messi and the world's best players, as well as a few top coaches, to chase the dream of lifting the most coveted and prestigious trophy to the sky. We witnessed some unpredictable surprises, miraculous goals, 1,000 years of extra time, and France reversing the reigning champion's trend by showing off their strength… which was a little irritating in the eyes of the envious pretenders. Even the watches on the players' wrists made a spectacle of themselves. If you gather the world's biggest and richest footballers in a city-state, you'll have a great chance of admiring some diamond-studded AP and Daytona. So we have compiled a list of the best models seen during the World Cup. From captains, to young hopefuls, to some as-yet-unknown coaches giving their best at the first World Cup played in late autumn, here are our favourite timepieces. 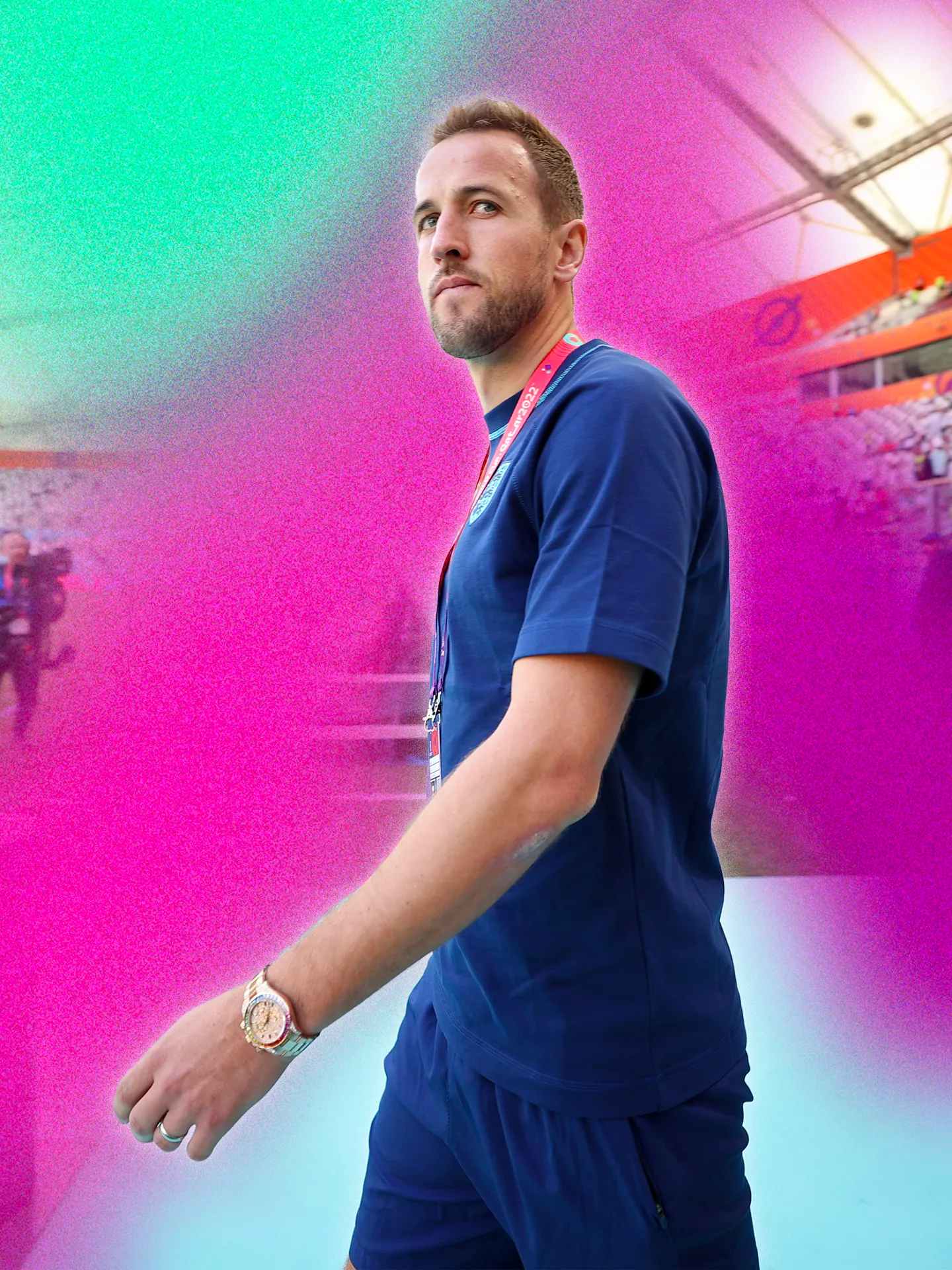 England's star in the game of best watch

Harry Kane, the classic no-frills captain who eschews the limelight to concentrate on his job, which consists of winning aerial duels on headers, scoring penalties and making assists to teammates, showed a hint of vanity after being spotted around Qatar with the ultimate Rolex flex, an 18-carat Everose gold Daytona Rainbow. Featuring 36 shaped sapphires on the bezel and 56 diamonds set on the lugs and case, it is a watch that dazzles and attracts everyone's attention. 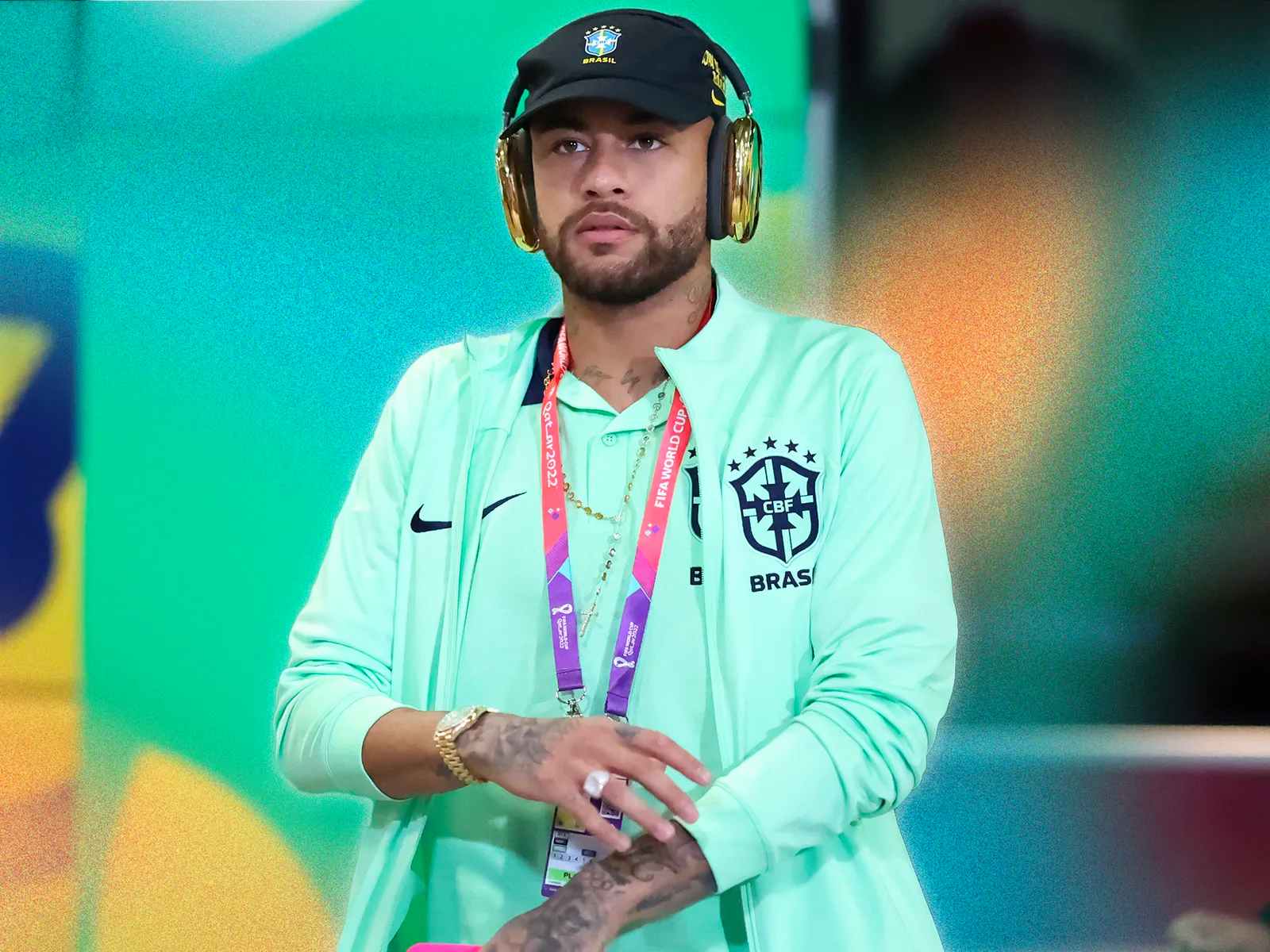 Another talent carrying the weight of a football-crazed nation on his shoulders is Neymar: a footballer waiting to see his Brazil team achieve the feat. Whether he will be able to fulfil this desire remains to be seen.  At the moment we know that the talented number 10 will put his all into driving the defenders of opposing teams crazy without fear of being badly knocked down on the pitch, as has already happened. He too sports an all-gold Rolex Day-Date that, like Kane's, has a good deal of bling. A bezel and a dial studded with diamonds with the beauty of 10 rainbow-coloured baguette sapphires. Sometimes miracles are simply bound to happen. 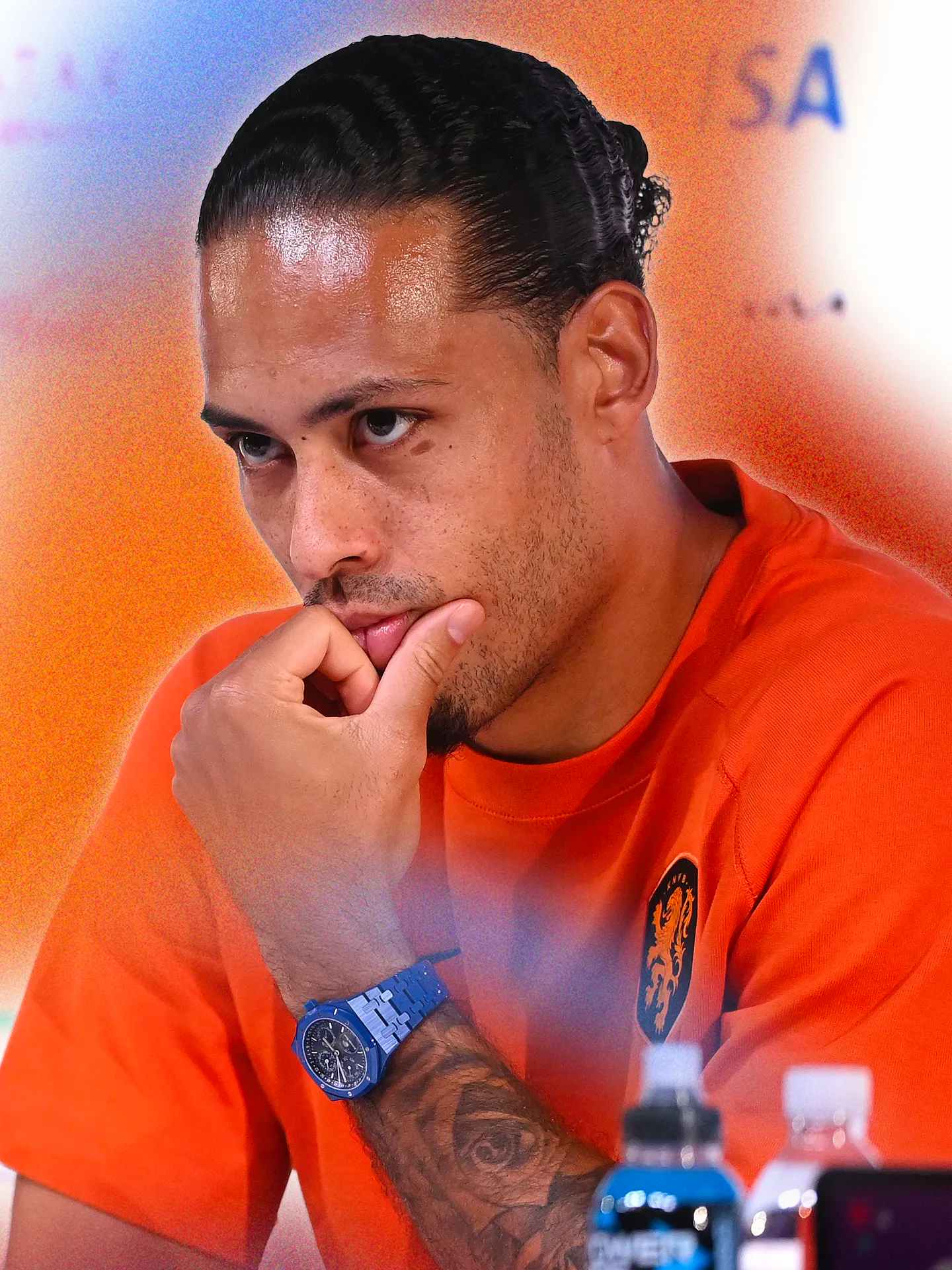 The Orange captain makes his mark in blue

The glacial defensive wall of Holland's national team has always been a Royal Oak man; so it's no surprise to see him appear wearing AP's latest, biggest and brightest entry in the revival of one of its famous classic lines. This is the first blue ceramic RO, in a perpetual calendar version with a 41mm case, following the launch of the black and white editions in 2017.

The watch features a dial with the characteristic grand tapisserie, the textured finish on the dial, and an integrated strap. With an abundance of scratch-resistant ceramic and plenty of vibrant blue, the Liverpool man is enjoying his first World Cup in style. 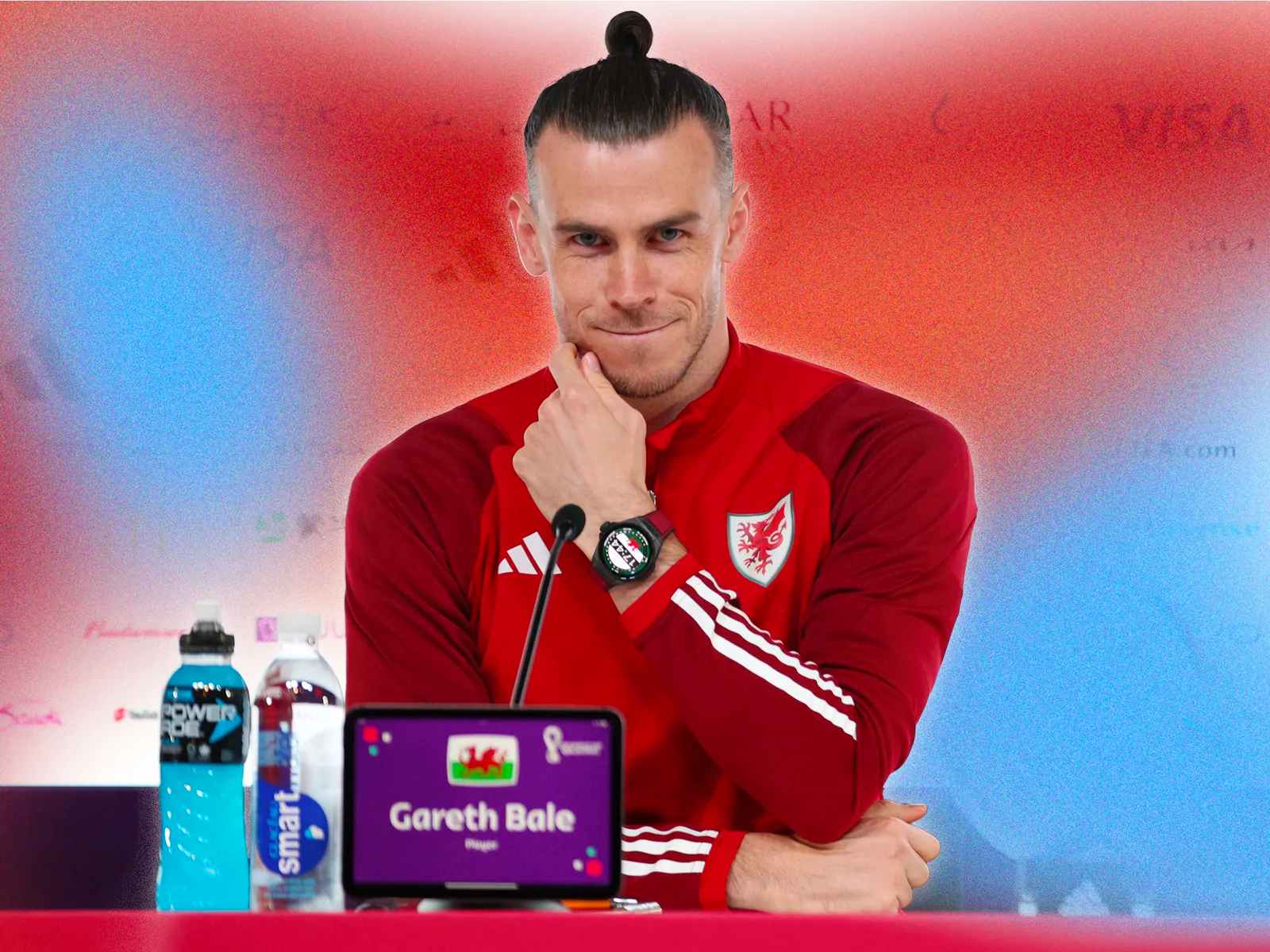 Although his first and surely last World Cup ended before it began, Gareth Bale remained true to Cymru, as Wales is known in the Welsh language, throughout the tournament. There was at least the penalty shootout against the United States to tell the grandkids about, and he showed his pride by sporting Hublot's Big Bang and 'Connected', a highly functional smartwatch iteration of Hublot's luxury, lightweight sports series that all the referees, including his namesake, wore during the World Cup. On the HD touch screen dial, you can choose between displaying the time, moon phase and a second time zone. Or, display an image of the Welsh flag… if required. 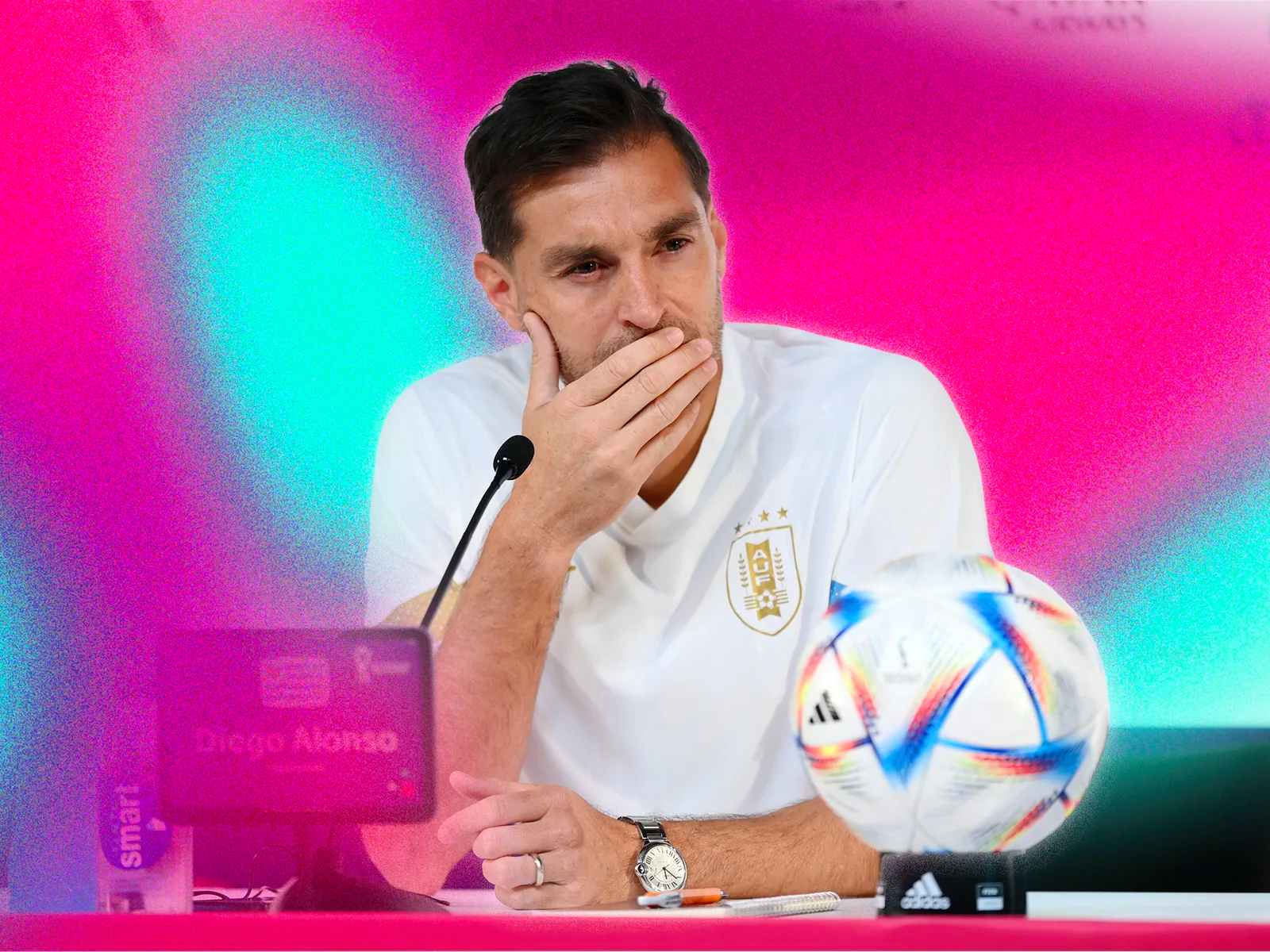 The classy touch of Uruguay's goalkeeper

Uruguay goalkeeper Diego Alonso has joined the pantheon of footballers who wear luxury watches. While he was preventing Luis Suarez from spiting his opponents, he was seen wearing the lesser-known Ballon Bleu de Cartier: a very elegant and simple 40 mm stainless steel timepiece that makes no distinction between genders. The model in question is distinguished by clear Roman numerals and a distinctive round case with a dome on both the front and back. Hence the name 'ballon'. A decidedly appropriate and clever solution. 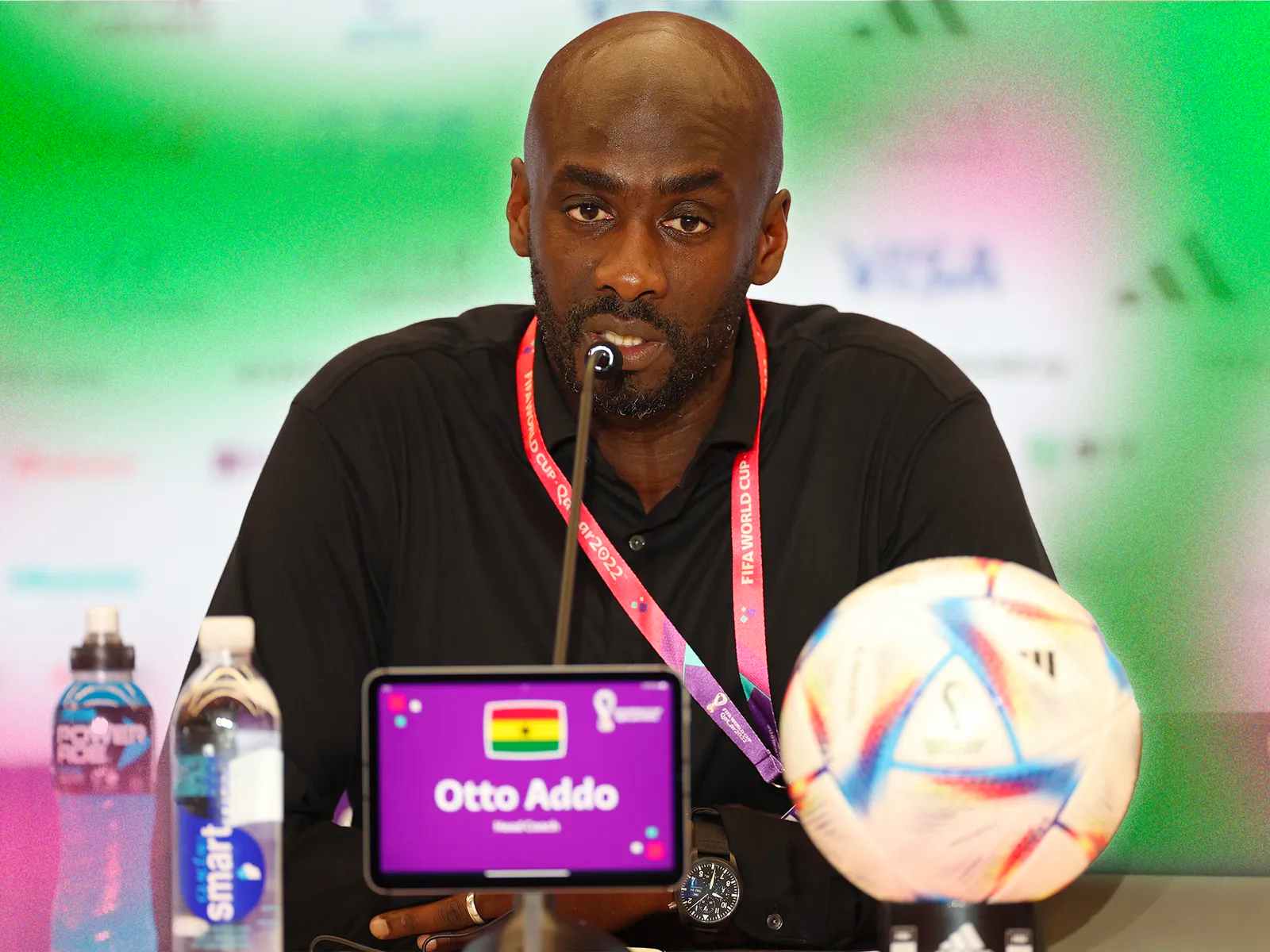 Led by Otto Addo, a coach with an incredibly musical and film-worthy name, Ghana's Black Stars were one of the most entertaining teams at the World Cup. A flurry of goals, slips and twists. On Otto's wrist, we see an IWC Top Gun chronometer fit for the skies and the bench. The heavy black 44.5 mm ceramic dial was approved by Tom Cruise, along with a fabric strap combined with chrono pushers with highly legible luminescent hands and numerals. An ideal instrument for checking the time at cruising speed at an altitude of 10,000 metres, or for checking 30 minutes of extra time. 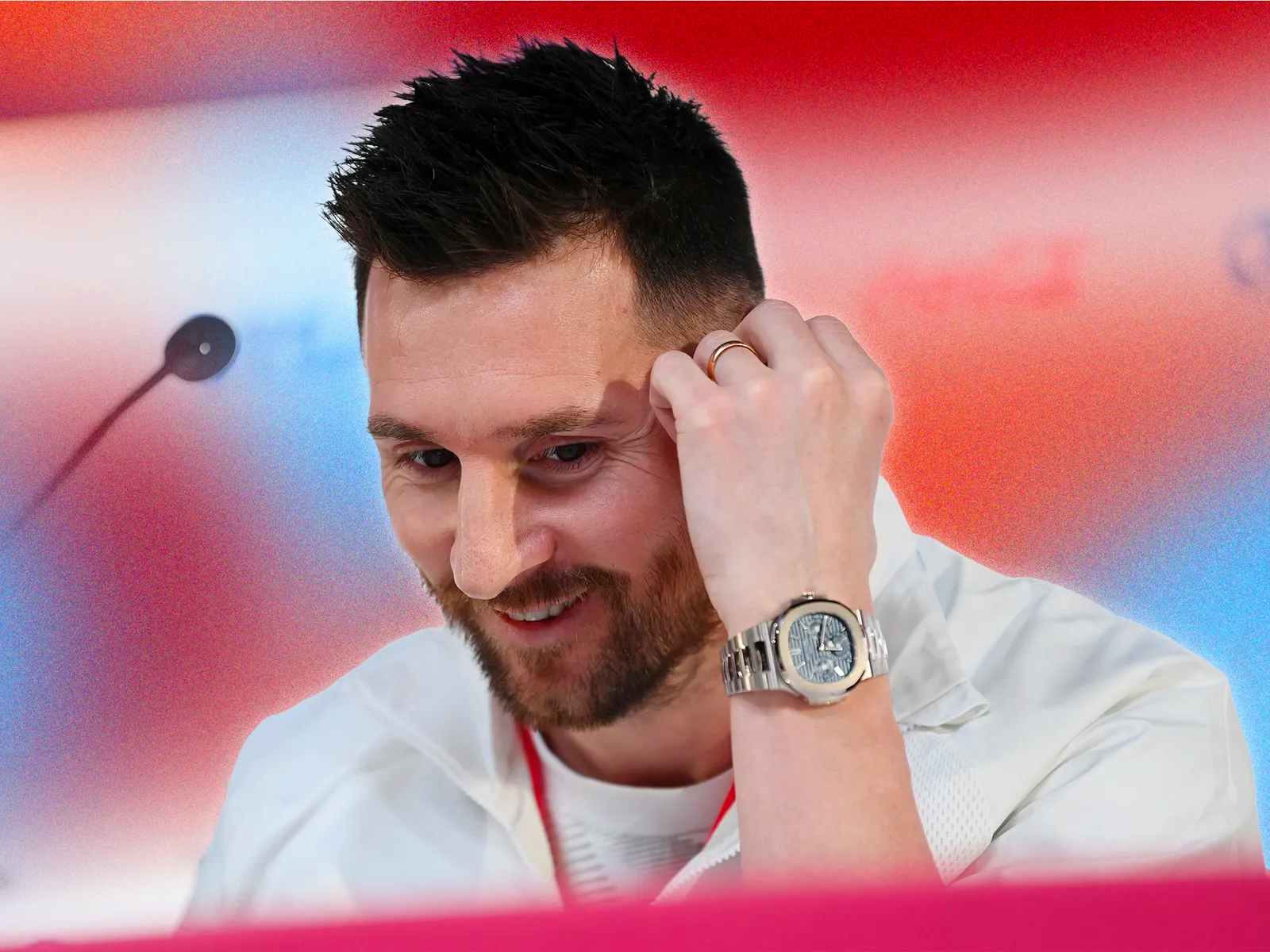 A special Patek for a unique talent

Lionel Messi's last tango so far has been to do his best to drag a sluggish Argentina through the fire of the group stage. A stressful situation from which he has emerged unscathed. During press conferences, we have seen the world champion candidate sporting his favourite watch: a Patek Nautilus in white gold with a grey dial. A legendary piece for a legendary player. A spectacle within a spectacle. 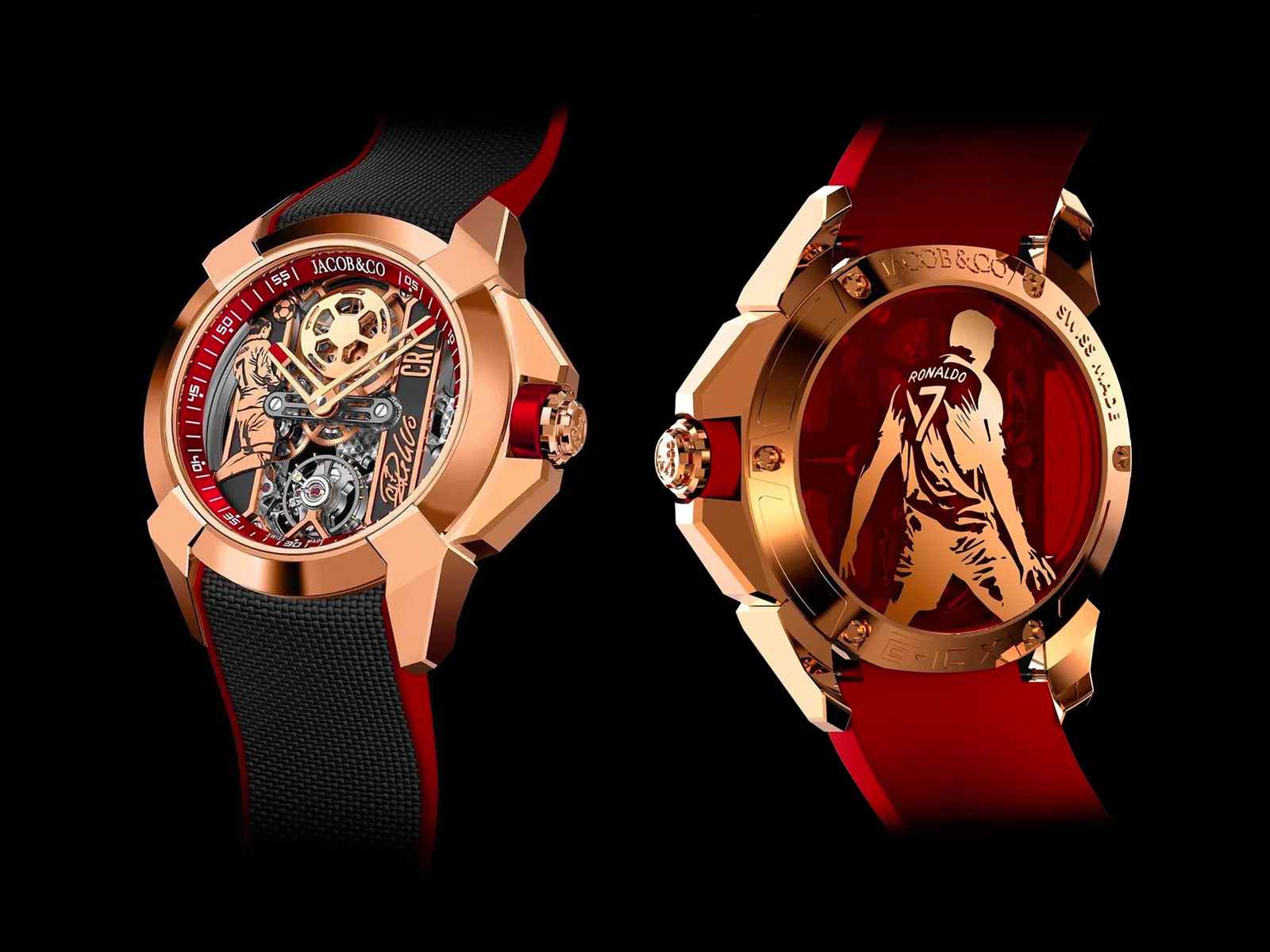 Ronaldo has a watch depicting himself, of course

Why show the world an ordinary luxury watch when you can do it with an incredible customised one? In what is probably the most Cristiano Ronaldo thing this month, CR7 has entered into a partnership with New York luxury prophet Jacob and Co. Together they have collaborated to produce a series of very 'interesting' watches. We are looking at a striking model with 26 diamonds, a 44 mm case, a skeleton movement and an intricate sculpted pillar in the shape of Ronaldo soaring into the sky for a header. Is there even an engraving of him celebrating on the case back? Of course, he couldn't miss that. A truly astonishing thing for a player and a character who can hardly be described as shy and reserved, but perhaps that is precisely why 505 million people follow him on Instagram.