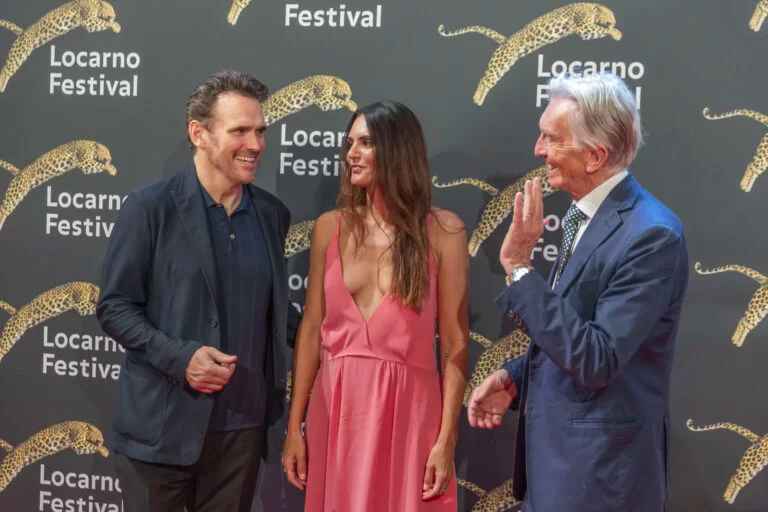 Cult cast actor Rusty the Savage in 1983 was honored with the Lifetime Achievement Award last night. At the award ceremony with the Italian partner Roberta Mastromichele, to then thank the immense public of Piazza Grande.

Matt Dillon, the 58-year-old actor of New Hollywood masterpieces such as Rusty the Wild, received the Locarno Film Festival's Lifetime Achievement Award last night. He showed up at the event with his Italian girlfriend, the Roman actress Roberta Mastromichele.

The 75th edition of the Swiss film festival sealed the event with the screening of two of the many films that dot Dillon's career. Drugstore Cowboy by Gus Van Sant from 1989 (his first participation in the festival coincides with the debut of this film) and City of Ghosts, directed by the artist himself exactly twenty years ago.

A teenager debut in Jonathan Kaplan's Over the Edge in the late 1970s, Dillon is part of the large group of first-time actors launched in Francis Ford Coppola's cult generation film The Boys of 56th Street, 1983, shot alongside Hollywood stars the likes of Rob Lowe, Tom Cruise and Patrick Swayze.

The same year he will also participate in Rusty the Wild, also by Coppola, alongside Mickey Rourke and Nicolas Cage and from that moment will rise to the role of Hollywood superstar.

In the following years he ventured into the most diverse genres, abandoning the roles of a young rebel to try his hand in the comedy with Tutti pazzi per Mary in 1998 with the then girlfriend (it lasted a five-year period) Cameron Diaz and in the drama with Crash – physical contact ( 2004) alongside Sandra Bullock.

In Locarno he presented himself wearing a sober blue suit to receive the award from the hands of the festival director Giona A Nazzaro, after walking on the red carpet with his girlfriend Roberta Mastromichele, nicely dressed in pink, with whom he shares his existence – between New York and Rome – for the past eight years.

Matt expressed his gratitude by expressing astonishment at the size of the spectacular Piazza Grande in which his two films would be shown shortly after. He then joked that he was too young to receive a Lifetime Achievement Award and concluded by admitting that he had been in the industry long enough to deserve the Golden Leopard statuette.

Hayden Panettiere: The actress speaks candidly about the heartbreaking decision to give up custody of her daughter