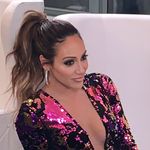 Get in touch with Melissa Gorga — a well-known Instagram blogger and influencer.
Similar influencers:
TV
Clothes and Accessories
Fashion

How many followers does Melissa Gorga have?

Currently Melissa Gorga has roughly about 2.1M followers on Instagram, which is pretty good.

Is Melissa Gorga a proper influencer to work with?

Our stats says that Melissa Gorga posts normally collect about 57.3K likes in average. If you are fine with that impact level – go on!

To estimate whether Melissa Gorga advertisement is worth doing you should take into account the average engagement rate of corresponding inctagram.com @melissagorga account which is ~ 2.72%. This is approximately how many interations you are likely to get with respect to the overall followers number.