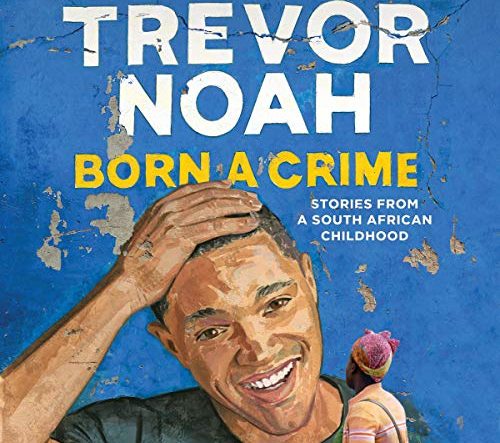 Born a Crime
book by Trevor Noah
Average price: $13
Get the book

In this award-winning Audible Studios production, Trevor Noah tells his wild coming-of-age tale during the twilight of apartheid in South Africa. It’s a story that begins with his mother throwing him from a moving van to save him from a potentially fatal dispute with gangsters, then follows the budding comedian’s path to self-discovery through episodes both poignant and comical. Noah’s virtuoso embodiment of all the characters from his childhood, and his ability to perform accents and dialects effortlessly in English, Xhosa, and Zulu, garnered the Audie Award for Best Male Narrator in 2018. Nevertheless, Noah’s devoted and uncompromising mother—as voiced by her son—steals the show.