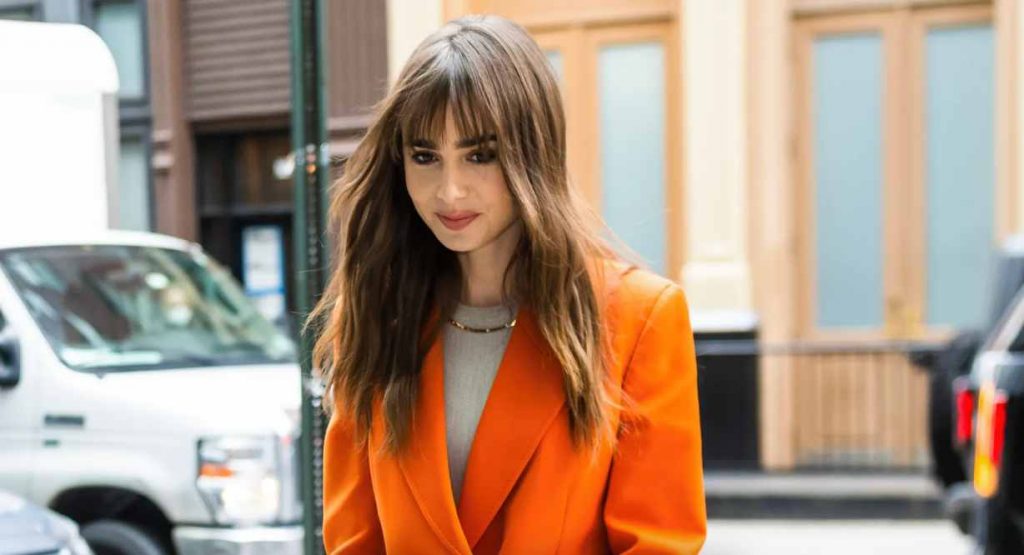 Lily Collins has a new haircut – and shows how the mega trend "Wolf Cut" is becoming more wearable in everyday life.

Lily Collins – we immediately think of one of our favourite series: "Emily in Paris". Although Emily is very varied in her outfits, she stays true to her perfectly styled waves in season 1 and 2.

At least in the trailer for season 3, what we have known for a while from Lily Collins' Instagram account is already visible: Emily will be wearing French fringes!

Lily Collins: This is her new hairstyle

Since filming has already finished, Lily Collins is now allowed to start experimenting with her hair again. And you can definitely call her latest haircut an experiment, because the actress had a hairstyle cut that is totally hyped, but is probably more likely to be seen on the streets of Berlin than in Paris: the Wolf Cut.

The wolf cut is a hairstyle that polarises, much like its great role model, the mullet. Although the wolf cut is trendy, it has not yet caught on with the masses because it gives its wearers a look that wants to make a statement.

So it's all the nicer now that Lily Collins presents us with a cheeky variation that we can easily copy – without risking too much with our hair. With Lily Collins' look, you can continue to style your hair in many great ways. And the best thing is: if you look at a before picture of Lily Collins, you can immediately see the difference the new haircut makes. The fine steps directly create volume without looking overloaded.

By the way, Lily Collins did not reveal who was responsible for the new look in her post. She simply wrote: "Tis the season to be…", which means: "This is the time to…". And we'll add: "…to look great!".