EmergeSocial.net News Kim Kardashian and Kanye West: the complete timeline of their relationship up to the official divorce

Kim Kardashian and Kanye West: the complete timeline of their relationship up to the official divorce 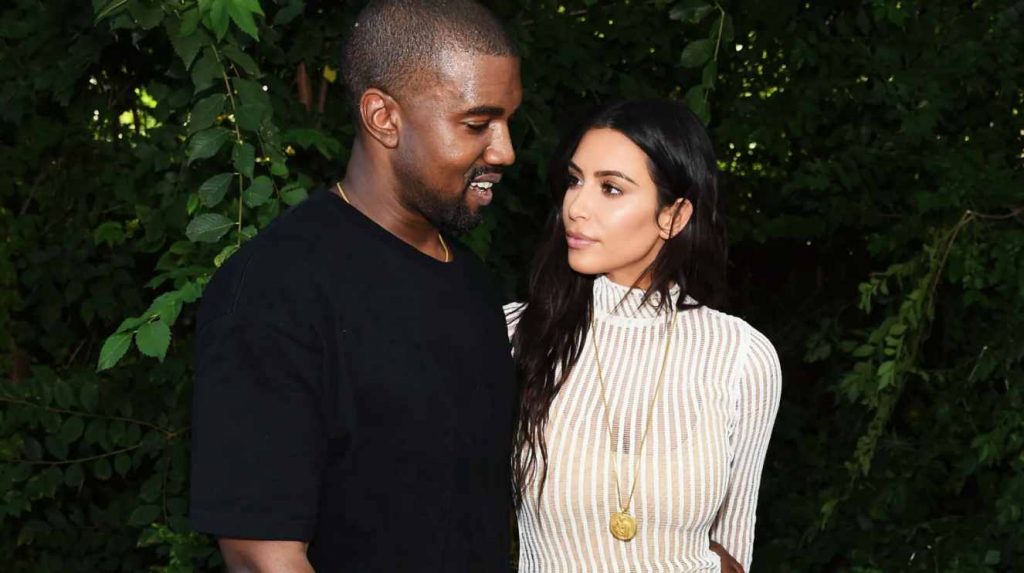 Kim Kardashian and Kanye West (aka the Kimyes) have officially finalised their divorce. Although without a happy ending, the one between the two, in the beginning, was also a fairytale story. Let's look back at it together.

Kim Kardashian and Kanye West finally signed the divorce agreement, which provides for the shared custody of their four children and the payment of $200,000 per month by the rapper for their support. This ends the two-year legal standoff that had, in turn, ended their seven-year marriage.

Before the famous 7-year crisis and the nightmarish out-of-control statements that Kanye made on his IG profile (banned several times), the Kimyes also had their fairytale moments that made us dream, or so it seemed.

Let's look back together at the stages of their love story until the break-up.

Before she had her own TV series called Keeping Up With The Kardashians, Kim Kardashian frequented the sets of her friend and singer Brandy. It was on one of these that she first met Kanye West, who was filming a video with her. Kim vividly remembers this moment and also that Kanye asked his friends curiously about her, but got her name wrong: "Who is this Kim Kardashian?".

2008: THE FEELING BETWEEN THE TWO IS BORN

It is only five years after their first chance meeting that Kim Kardashian and Kanye West are together again on a set. This time it is the two of them collaborating on a project: Alligator Boots. On this occasion, they establish a bond of friendship and collect some amusing photos that would unexpectedly become their first immortalised shared memories.

Kim and her sister Kourtney fly to New York for the opening of their DASH shop.

Kanye joins them in the store to give his honest opinion. Kim recounts the moment: 'Kanye and I have been good friends for a while and I respect his fashion sense and style, which is why I wanted him to come and check out DASH'. Could this have been the fuse that then triggered the process of Kanye's style and Kim's wardrobe?

AUGUST 2011: THE WEDDING WITH KRIS HUMPHRIES

Kim Kardashian married her basketballer boyfriend and Kanye says he even bought a mobile phone that day to try to stop the ceremony and change her mind. How? By sending her pictures of the bad style of some basketball players and trying to open her eyes to the fact that that would be her unfashionable future. Being Kanye, who knows why, but we have no trouble believing that's exactly what happened.

OCTOBER 2011: REUNITED IN THE CITY OF LOVE

During that time, Kim said she was feeling pretty down about the failure of her relationship and so 'friend' Kanye proposed to her to join him in Paris for his fashion show.

The rapper says he made the whole show solely to impress her and it seems he succeeded, as Kim declared herself infatuated from the moment his plane landed.

APRIL 2012: KANYE DEDICATES A SONG TO HER

The rapper releases the song Cold, publicly admitting that he fell in love with her and sending a dig at her ex-husband: 'And I'll admit, I had fell in love with Kim / Around the same time she had fallen in love with him/Well that's cool, baby girl, do ya thang/Lucky I ain't had Jay drop him from the team'.

DECEMBER 2012: THE TWO ARE ABOUT TO BECOME PARENTS FOR THE FIRST TIME

During a stop on his tour, in Atlantic City, Kanye asks the crowd for an ovation for Kim, calling her his 'baby mama'.

Kim Kardashian is by now a veteran and undisputed star of the event but, the first time, she walked the catwalk as Kanye's date, stealing the show with her baby bump wrapped in a long floral Givenchy dress, the subject of several memes ironically associating her with a sofa cover. Poor Kim.

On the occasion of Kim's 33rd birthday, Kanye rented out the entire San Francisco baseball stadium, hired an orchestra and got down on one knee in front of his beloved, while the words: 'PLEEEASE MARRY MEEE!!!' flashed across the display. Even the choice of capital letters and the idea of affirming, rather than asking for, his hand… is in perfect West style. Kim said yes, accepting a ring on her ring finger to the tune of $8 million.

The two appear on the cover dressed as newlyweds, small detail: they hadn't even remotely seen the altar yet. Obviously Kim did not spoil her real dress, later wearing a different one on the fateful day.

On a spring day, surrounded by floral walls, in the historic Florentine setting of Forte di Belvedere, the couple exchanged vows. Cost of the wedding? Almost three million dollars. Who knows if the Kimyes also received "bribes" with money from relatives to amortise the sum.

2016: THE ROBBERY AND HOSPITALISATION

A terrible year for the Kimyes. First, the traumatic robbery in Paris against Kim Kardashian, suffered while she was alone in her hotel room, in which she says she feared for her life to the last but, fortunately, came out unscathed… albeit with some very expensive personal affection less, including her engagement ring. Not too long afterwards, Kanye was hospitalised for exhaustion.

On 25 December, under the tree, Kim received Adidas, Amazon, Apple, Disney and Netflix branded items from her husband, but they were hiding a bigger and more unexpected surprise: a stock for each company.

Kim Kardashian and Kanye West welcome their third child via surrogate mother, after two turbulent previous pregnancies. The baby girl is named after the rapper's hometown.

The Kimyes expand the family, once again via surrogate mother, welcoming Psalm, the couple's fourth and final child.

Gossip began to spread in the media about a possible marriage crisis between the two due to character and thought incompatibility: on the one hand Kim is studying law to help unjustly imprisoned people behind bars, and on the other hand Kanye says he wants to run for President of the United States (after his controversial run as a supporter of Donald Trump).

Supporting her is renowned divorce lawyer Laura Wasser.  Meanwhile, Kanye prays for a comeback as he performs on stage.

Despite the break-up, Kim respects her relationship with Kanye, he is still the father of her children and is therefore very supportive: at the presentation of Donda, the ex's new album, Kardashian appears on stage wearing a wedding dress, to take part and give light to her artistic vision.

Kanye, on the other hand, was not exactly the 'ex-model' that everyone would like to have. He has repeatedly posted private conversations between him and Kim on social media, made not-so-happy statements about his mother-in-law and not-so-subtly threatened or taunted Kim's new partner: Pete Davidson.

Ye also had some, albeit very brief, post-break-up affairs: Julia Fox (now a new rising social star), Chaney Jones (Kim's unofficial lookalike) and allegedly also with Juliana Nalú (a young Brazilian model). Kim never interfered in any of these relationships, enjoying her new romance with the SNL comedian for nine months until the break-up.

The businesswoman, regardless of Kanye's willingness to oppose the divorce, went on her way with conviction, with the goal of being able to start a new chapter as soon as possible, starting with apologising to her family for all the times her relationship was harmful to them as well.

30 NOVEMBER 2022: THE TWO HAVE (FINALLY) REACHED AN AGREEMENT

The Kimyes officially divorce. West will pay Kim $200,000 per month in child support. Custody will be joint.