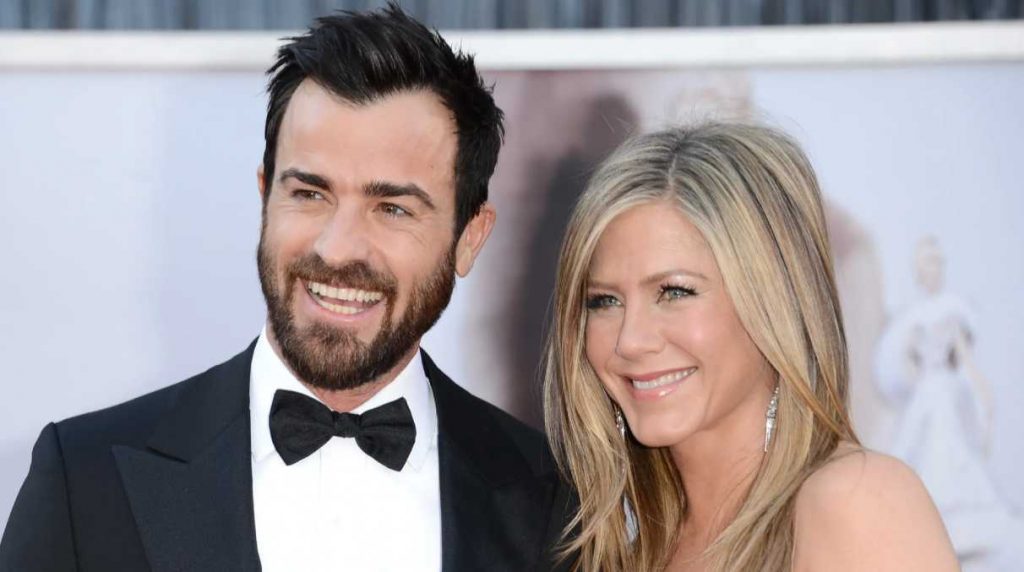 The Friends star spoke for the first time this week about undergoing IVF and the 'difficult journey' of trying to get pregnant.

Justin Theroux showed his support for ex-wife Jennifer Aniston after the latter spoke for the first time about her problems with IVF and her decision to give up motherhood.

In the cover story for the December issue of Allure, the Friends star recounted that she had tried several times in her 30s and 40s to get pregnant through IVF, without success. On Wednesday, she shared photos of the editorial accompanying that story on her Instagram account, writing in the caption: 'End of an era. Thank you @allure for making me the cover girl for your latest issue." Many of Aniston's celebrity friends were quick to comment, praising her for the frankness with which she spoke about her fertility journey and for the very sexy photo shoot. One such comment came from Theroux, who showed his support by leaving a picture of a fist and a heart-shaped emoji below the post. The two, who met in 2011, got engaged a year later and married in a secret garden ceremony in 2015. Although they divorced in 2018, they have remained close friends and continue to regularly text and FaceTime each other.

In her conversation with the magazine, Jennifer Aniston recounted that dealing with multiple unsuccessful IVF cycles, while tabloids speculated unabashedly about whether or not she was pregnant, 'was really hard. I tried IVF, drank Chinese tea, tried everything. I would have liked someone to have told me: 'Freeze your eggs, do yourself a favour'. But it didn't happen. So here I am today. And the train has passed'. But even though she can no longer have children, the actress added: "I have no regrets. I actually feel some relief now because the doubt is gone, I don't have to think about it any more'.

The actress added that that particular time in her life was not only painful because of the inability to conceive, but also because of the sexist stories about her spread by the press. "They said that I was just selfish," the actress explained, "that I only cared about my career. That the reason my husband had left me, why we had broken up and ended our marriage, was because I didn't want to give him a child. All absolute lies. At this point I have nothing to hide'. Then she continued: "I was really frustrated. That's why in 2016 I had written the article for the Huffington Post. I told myself that I had to write it because it was an irritating fact and I couldn't just pretend and allow them to continue to hurt me and women in general."