EmergeSocial.net News Irene Cara, the star of “Fame” and “Flashdance”, has died

Irene Cara, the star of “Fame” and “Flashdance”, has died 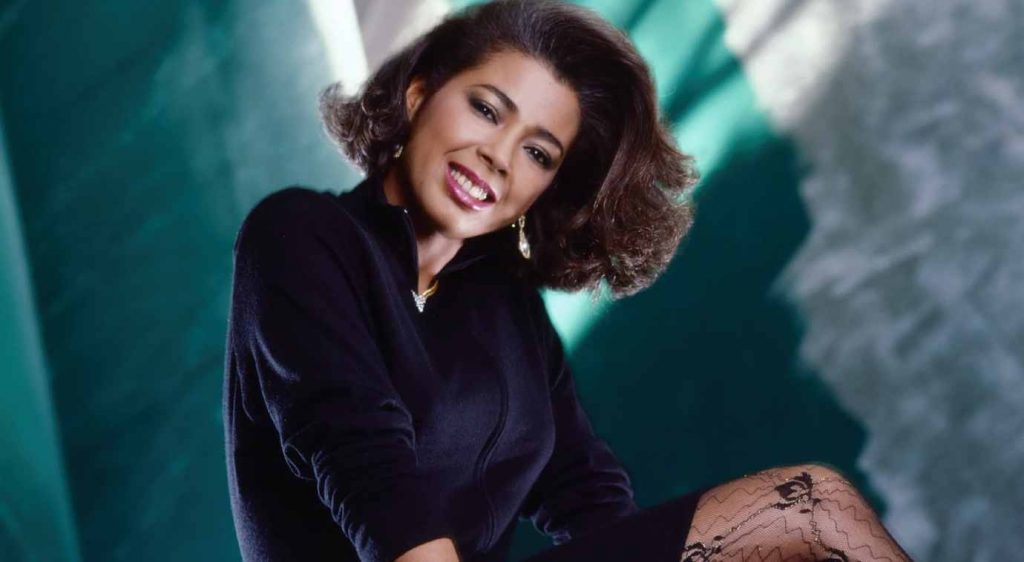 Irene Cara, the performer of the 80s soundtracks to Fame and Flashdance, has died at the age of 63.

Irene Cara, the singer, actress and dancer who left an indelible mark on the frontiers of disco, pop and 'show music', has died. She shot to international fame with Fame, Alan Parker's film celebrating art school students, performing three songs from the film's soundtrack, which went platinum. She went on to record the theme to Flashdance, an international hit that still ranks at number 38 on the Billboard All-Time Hot 100 Songs chart almost 40 years later. She was 63 years old.

Cara's death was announced on Twitter by her agent 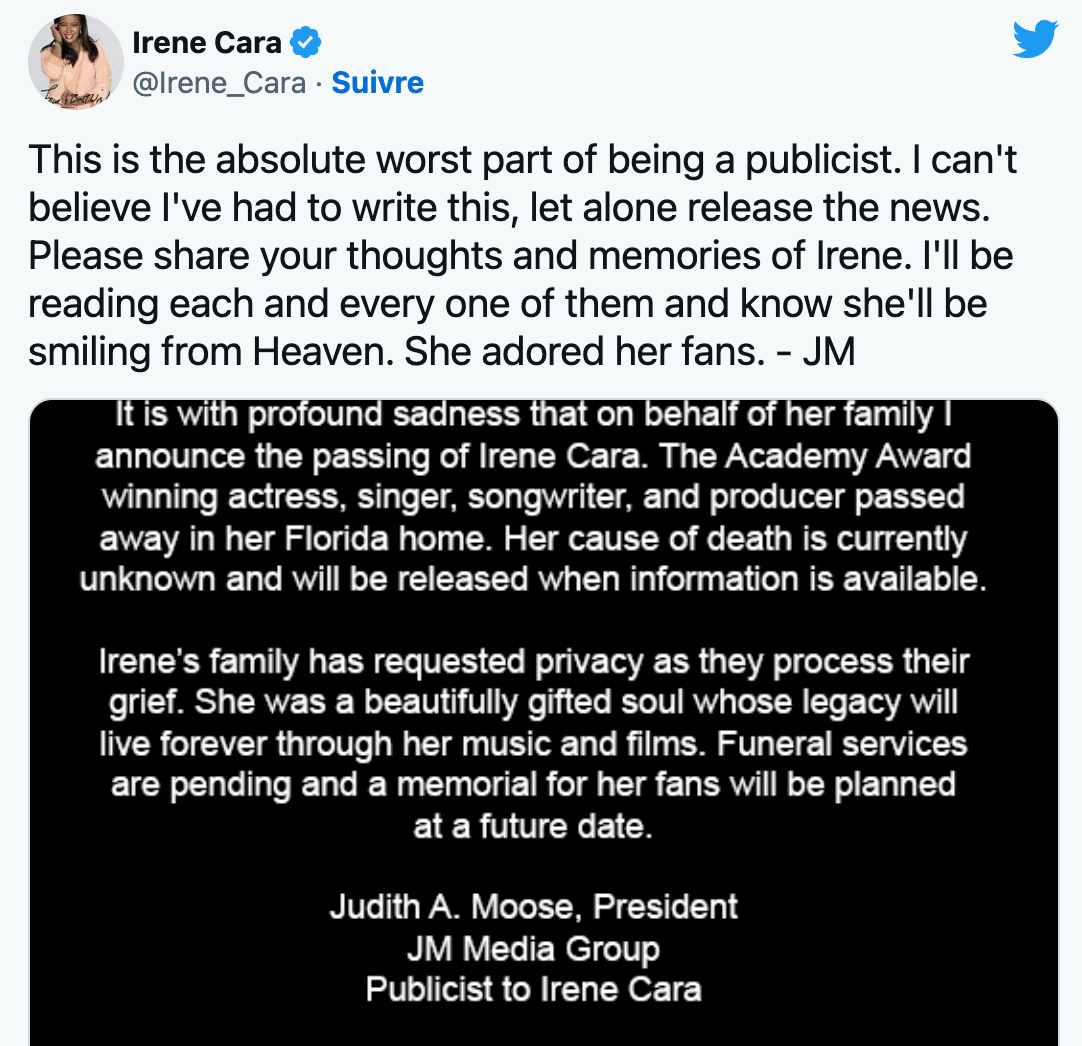 Irene Cara, whose birth name was Irene Cara Escalera, was born in the South Bronx to a Puerto Rican father and a Cuban-American mother. She made her first appearances on Spanish-language television and, as a pre-teen, landed a spot on Johnny Carson's Tonight Show in July 1971. That same year, she was a member of The Short Circus, the orchestra of the PBS educational sketch comedy series The Electric Company.

Irene Cara built an impressive resume throughout the 1970s, appearing in both Broadway and Off-Broadway productions. Successes include The Me Nobody Knows, a musical about the lives of inner-city youth that won a Drama Desk and an Obie and was nominated for a Tony. Notable and surprising roles include Galt MacDermot's sequel to Hair, Via Galactica, set on an interplanetary asteroid, which ran for only seven performances and was the first Broadway production to lose more than $1 million, also starring Raúl Juliá and Mark Baker.

Fame, a stepping stone in a well-launched career

On television, she appeared in two highly watched miniseries, Roots: The Next Generation, in which she appeared in three of the seven episodes, and the terrifying Guyana Tragedy: The Story of Jim Jones, starring Powers Boothe, Ned Beatty, James Earl Jones and Randy Quaid.

Then she was cast in Fame

Released in 1980, this teenage film, set in a performing arts high school, was a resounding success, illustrating the joys and difficulties of youth and creativity. Although there is no main character, Cara's Coco Hernandez is certainly top of the class overall (and her final rude awakening sequence was, and still is, quite shocking). Her character is the lead performer on three tracks on the soundtrack album: the ballad Out Here On My Own, the zany celebration Hot Lunch Jam and the unforgettable title track, Fame.

Fame was nominated for six Oscars and won two, for Best Music and Best Original Song (for Fame). This song won ahead of Out Here On My Own, which meant that Irene Cara was competing with herself for the same film, a feat that had never been achieved before. The song reached number four on the Billboard charts and the album number seven, selling over a million copies. In 1981, Cara was nominated for two Grammys: Best Female Pop Vocalist, which she lost to Bette Midler (as were Barbra Streisand, Donna Summer, Olivia Newton-John, so she was in good company) and Best New Artist, but she lost to Christopher Cross.

Her post-Fame fame earned her her own sitcom, Irene, about a young artist who has just moved to New York from Nebraska and is trying to break through. The series was not picked up after its pilot, but it did air on NBC. She also played herself in the comedy D.C. Cab. A song on the soundtrack, The Dream (Hold On To Your Dream), marks her second collaboration with Italian producer Giorgio Moroder. They had just completed a small project for Adrian Lyne's dance drama Flashdance, and created one of the major anthems of the 1980s.

From Flashdance to Jesus

Cara was initially reluctant to team up with Moroder, wanting to differentiate herself from Donna Summer. Fortunately, she went ahead and co-wrote the lyrics (with Keith Forsey). As such, she was credited on the track, so when Flashdance … Oh What A Feeling won the Oscar for Best Song, she received a statuette, unlike Fame. That year it also won a Grammy, a Golden Globe and two American Music Awards. The song reached number 1 on the Billboard charts in 1983 and stayed there for six weeks.