EmergeSocial.net News Fedez without tattoos (but with scars) on the cover of his new single 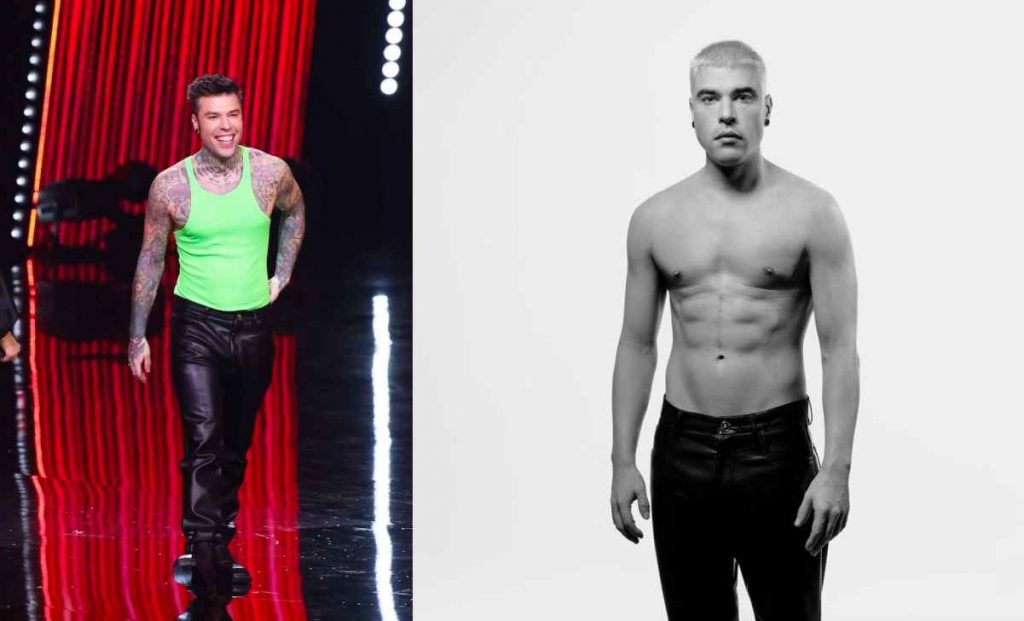 The artist will premiere the song 'Crisi di Stato' during the X Factor 2022 final on Thursday 8 December, live from the Forum di Assago.

It's time for new music for Fedez. The artist, now judge of X Factor 2022, is ready to release his new single Crisi di Stato. It will be released on 9 December by Columbia Records/Sony Music Italy. On the cover he has chosen to show himself without tattoos but with his scars (those from the surgery he underwent after being diagnosed with cancer). As he explained at today's press conference, Tuesday 6 December, 'the idea for the cover was that there was me with the scar, a way to close the circle of a year that has had so many ups and downs. I'm still here. So I would say good'.

The experience as a judge at X Factor 2022

Meanwhile, the final of X Factor 2022 is just hours away. On Thursday 8 December, in fact, we will find out who – between Linda, Santi Francesi, Tropea and Beatrice Quinta – will win first place in the Sky talent show. This edition has been marked by some novelties. From the arrival of Francesca Michielin as host to the debut of three names on the judges' bench: Ambra Angiolini, Rkomi and Dargen D'Amico.

It was not a debut but a big comeback, however, for Fedez, who is also the host of the podcast Muschio selvaggio, produced in collaboration with Luis Sal, who has already held this role before (his first time was in 2014, when he was only 24). And the connection with the talent show is stronger than ever.

And precisely during the final on this Thursday, 8 December, live from the Forum di Assago (Milan), Fedez will present his new song for the first time, which will be released on all platforms right after the final, at midnight.

The Pinguini Tattici Nucleari (who have just returned to the scene with their new album Fake News, after an incredible sales success for their first stadium tour this summer) and Meduza (the world's most famous trio of Italian producers, made up of Mattia Vitale, Simone Giani and Luca De Gregorio) will also be guests on stage at the final.

According to the press release, Chiara Ferragni's husband "decides to close the year by pushing the accelerator on BPM and creativity, opening up to new sounds that he manages to explore in a delicate and incisive way". The atmospheres of the new track will be those of a "hyperpop rave, accompanied by a pounding bass drum and crowned by all the disillusioned romanticism that distinguishes it". Crisi di Stato, produced by Simonetta, is a candidate to be one of the most listened to tracks of the coming weeks.

Will his return to the charts be overwhelming, like what happened this summer with La Dolce Vita together with Mara Sattei and Tananai? We cannot know.

But surely the artist and creator of the Love Mi project together with his newfound friend J-Ax (a charity event held last 28 June in Milan's Piazza Duomo) cherishes this song.

While waiting to hear the single, there is the cover: with Fedez without tattoos but with his scars: 'The idea was to lay bare, to close a circle. It will be my last single of 2022. For me it has been a year full of surprises, good and bad'.