EmergeSocial.net News Fedez, having dinner with the lead singer of Blink-182

Fedez, having dinner with the lead singer of Blink-182 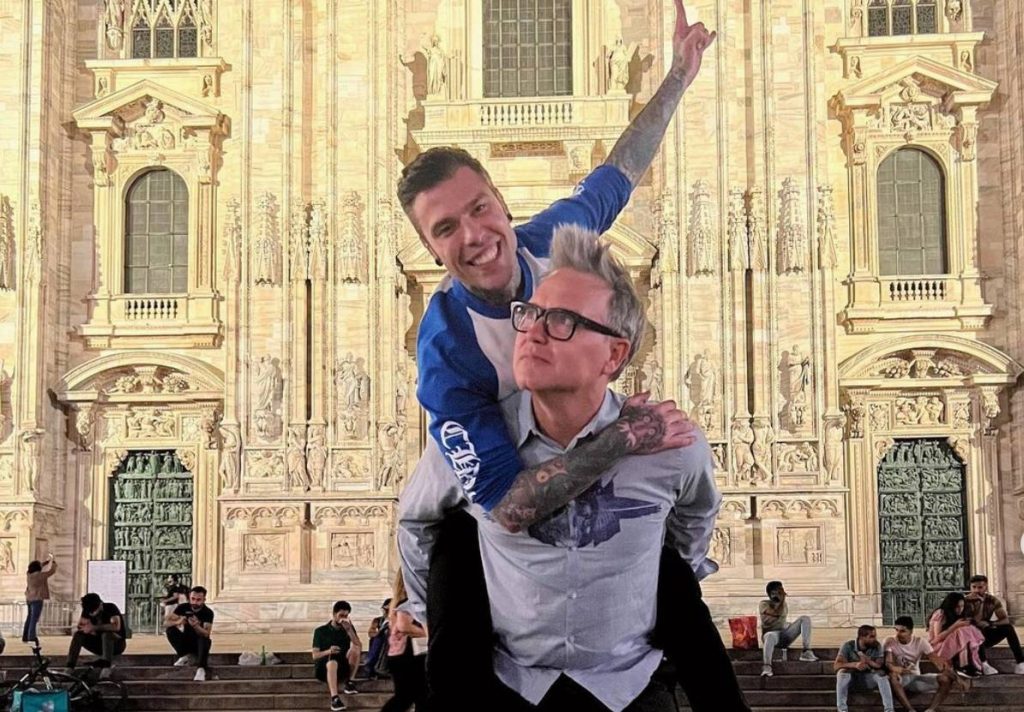 “The craziest night of my life”

So, sitting in his living room, an excited Fedez recounted the hours spent in the company of one of his idols, Mark Hoppus, leader of Blink-182. “Anyone who knows me knows how much I am a fan, for me it was already a dream,” he made his debut on social media. “Today, however, the meeting took on a different meaning: I wrote to him when I discovered I had a tumor, since he too had a similar experience”.

A year ago, in fact, Mark was diagnosed with an aggressive form of lymphoma, but fortunately last September he announced that he had beaten the cancer. “We spoke the day before my operation and now we met for dinner,” revealed Fedez. «He wanted to give me a pendant that only him, Tom DeLonge and Travis Barker (the other two icons of Blink-182) have. He gave me his, I confess that I cried like a baby ».

On the other hand, that there was the possibility that he might burst into tears, he himself admitted shortly before the highly anticipated meeting. “I’m about to meet a person who is as if he raised me without knowing it,” he said in another clip. Between texts recited from memory and photos in front of the Milan Cathedral, at a certain point Giacomo Poretti appeared: “I am the drummer of Blink-182”, he said laughing in a post published by the singer.

«I went to dinner with my best friends in a splendid, very quiet place. And there I found Fedez and his wife, with a musician», the comedian told his followers, continuing the curtain. «The thing in itself is not bad, the problem is that Fedez steals your dishes, he wants to taste the ravioli, the anchovies. Chiara Ferragni asks you only for prosecco. While the Blink-182 singer first said he was on a diet, but then he stole your bread».

A comic gag, as a side dish for an “absurd evening”.