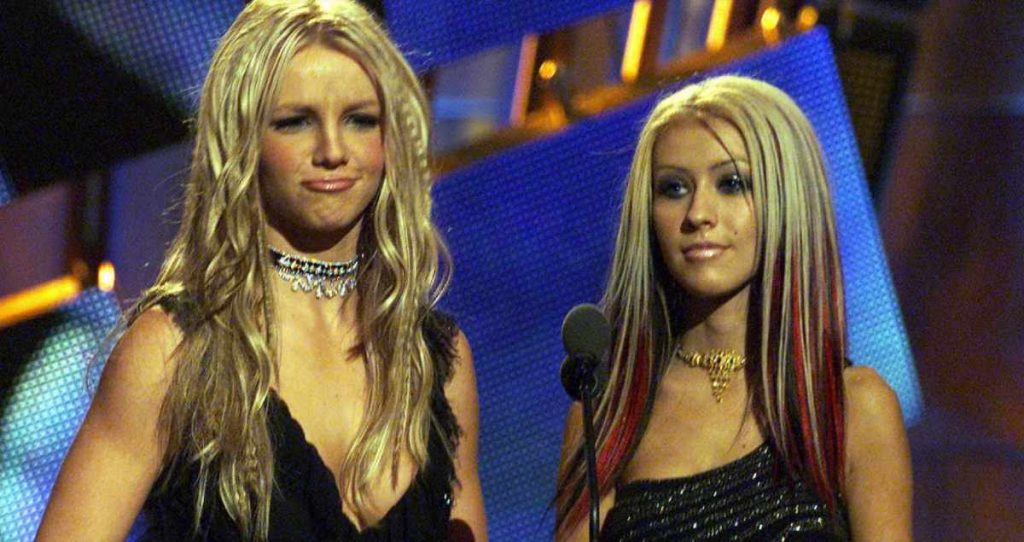 This is why Christina Aguilera no longer follows Britney Spears on Instagram.

Britney Spears of all people should know what comments regarding body shapes and weight can do. On Monday, she posted this line, which came from comedian Rodney Dangerfield: "I found there was only one way to look skinny: hang out with fat people." That in itself isn't a particularly cool message, but her caption then really got the discussions going:

"I wish I could have chosen the nannies for my kids …. my dancers … If I had had Christina Aguilera's dancers, I would have looked extremely small 💃💃💃 … Why not talk about it? Don't you think my confidence would have been better if I could have chosen where I live, what I eat, who I call, who I date and who is on stage with me!!!! It's hard sometimes to see now how much womanhood was taken away from me during that time, and everyone sat back and said nothing! Anyway … I'll be here talking about things people have NEVER talked about 🙄🙄🙄 !!!" she wrote, alluding to her decade-plus under tutelage, headlining shows she basically had no control over.

Britney Spears: This is the explanation for her comment

No wonder Christina Aguilera hit the "unfollow" button. But: Spears' weight – actually her whole body – was really constantly criticised during her heyday. As she sang in the song "Piece Of Me", "I'm Mrs. She's Too Big Now She's Too Thin". So it's understandable that Britney wants to tell her own side of the story and how she should present herself. But the phrase comes across as inappropriate and shameful to Aguilera's dancers, as if they are props whose size is their most important attribute, rather than artists doing a challenging job. This is why one of the first comments on the singer's post rightly says: "Body shaming is not the way to go".

Hopefully Britney Spears will find a more positive way to vent her frustrations in the future!