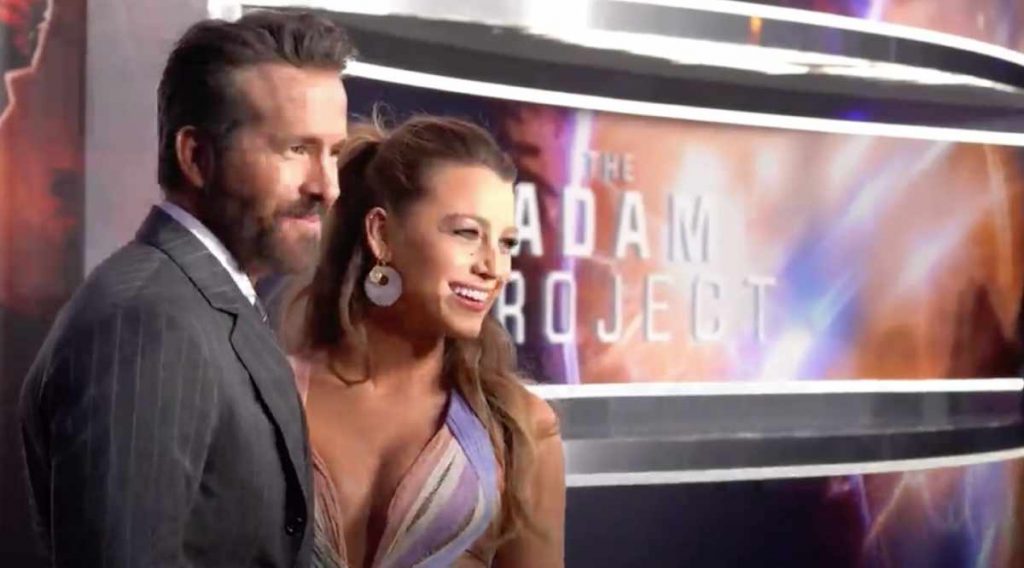 Actress Blake Lively showed her baby bump on the red carpet, announcing that she is expecting her fourth child with Ryan Reynolds.

The rumours had been swirling for a few weeks, but it was Blake Lively who gave the confirmation, without any social posts. She did so by directly showing her baby bump on the red carpet of the 10th Forbes Power Women's Summit in New York. The US actress had a smile as bright as her short Valentino dress, which highlighted her curves.

Blake and husband and colleague Ryan Reynolds are therefore preparing to grow their family. They already have three daughters: James (7), Inez (5) and Betty (2). "I love being a dad of daughters," Reynolds had stated in an interview with Access Hollywood. "I have three older brothers who are all boys. Never would I have imagined something like this. Having three daughters for me has been a journey into the unknown, but I love every second of it'.

Blake Lively: 'I want my daughters to know that anything is possible'

Blake was the guest of honour at the event honouring female empowerment and explained that she enjoys creating. "Whether it's cooking, storytelling, business or human beings – I really enjoy creating," she recounted. The 35-year-old actress is clear about the example of a woman and mother she wants to set for her daughters: "I grew up watching a woman be everything: a mother and the hardest working businesswoman I knew. It is important to me that my daughters understand that you don't have to choose to be a businesswoman or a mum. They can be both or neither. I just want to show them that anything is possible".

Blake Lively and Ryan fell in love in 2010, on the set of Green Lantern. They got married in 2012 and are one of the closest couples in Hollywood. The two actors have always attached great importance to privacy, both for them and for their girls. Already on another occasion they had announced their pregnancy by showing their baby bump: in that case, in 2019, she had revealed that she was pregnant on the red carpet of the premiere of Pokemon: Detective Pikachu.

The secret to their balance as parents? Never films at the same time

In an interview with People, Blake Lively had told the secret of his and Ryan's balance in keeping their relationship healthy and raising their daughters. "She and I never make movies at the same time and when shooting we all move together. The girls stay with us and the family stays together wherever we go." In order to be with his daughters even more, Ryan took some time off work in 2021 to see them grow up better. It was also recently reported that the actor had discovered the presence of a colon polyp that could have turned into cancer. He had taken the test for a bet, and when he revealed the results, he wanted to remind himself of the importance of prevention.