EmergeSocial.net News Anne Hathaway: This is her winning formula when it comes to mini dresses with high boots

Anne Hathaway: This is her winning formula when it comes to mini dresses with high boots 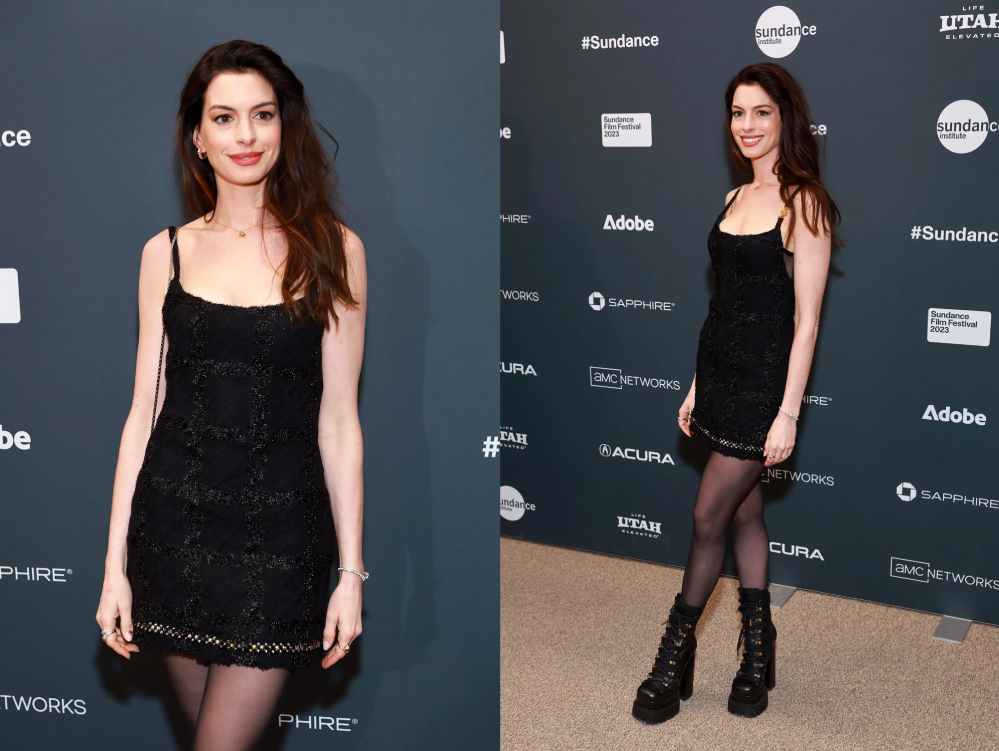 The "The Devil Wears Prada" actress has made mini dresses with boots her signature. VOGUE reveals what's important in the look – and which wardrobe essentials shouldn't be missing.

Whether in a cowboy, over-the-knee or Chelsea look, with glitter or in white – Anne Hathaway loves boots. Some of her best looks from the last few months have been characterised by this versatile and elementary footwear. She recently caused another stir with a high-heeled model with a track platform sole.

The actress wore this for one of her first appearances at the Sundance Film Festival in 2023. She attended the premiere of "Eileen", the new film starring Anne Hathaway, which promises to be another success in her film career. Of course, we expect more fashion inspiration here – just as she convinced us with her latest look.

The "Devil Wears Prada" star wore an ensemble by Versace for her appearance at the film festival. With the help of her stylist Erin Walsh, Anne Hathaway snagged a black strapless mini dress with geometric glitter detailing from the Italian fashion house's Resort 2023 collection. She paired it with sheer black tights and high boots with track platform soles and lace-up detailing, which debuted on the runway for Donatella Versace's autumn/winter 2022 collection.

Anne Hathaway deliberately went for understatement in her accessories

When it came to accessories, the actress preferred to go for understatement with delicate silver bracelets and rings. She also kept her hairstyle natural and wore her long hair loosely parted on the side, giving it more volume and slight waves. Her make-up was similarly understated – with glowing skin and blush and eyeshadow in terracotta tones, which she combined with a lipstick in the same colour.

Anne Hathaway makes the minidress more and more her own signature

This look to kick off her promotional tour for the film "Eileen" also underlines a new fashion trend for the Oscar winner – in a series of appearances she has recently appeared in minidresses: in 2022, for example, she caught all eyes with a short Valentino design in Barbiecore pink. At the 75th Cannes Film Festival, she embodied the style of a modern Jackie Kennedy in a short Gucci design.

All indications are that Anne Hathaway will continue to defend her title as fashion icon now that a new year – of film festivals and awards ceremonies – is upon us. There is no doubt that the actress takes her inspiration from the catwalks of the great designers.

The Golden Globe winner has identified the winning formula for pairing a mini dress with boots: sheer black tights. Most recently, she wore them with a mini dress, tall cowboy boots as well as a long coat to go out. Just like before, when she already used the same styling trick with an oversized blazer and a short white dress.